AMIR KHAN’S blockbuster clash with Manny Pacquiao is on — but only if fight backers first come up with around £31MILLION to stage the bout.

Pacman and Khan have both confirmed their camps are in early negotiations to meet for the WBO world-welterweight title — with the Brit hoping for a May showdown.

But Pacquiao’s American promoter Bob Arum says the deal is dependent on getting investors to stump up £31m to stage the fight in the UAE.

Khan has spent a lot of time in Dubai and has held talks about putting boxing on the map in the Middle East by fighting there.

Arum confirmed: “When the money comes up then I will take a role in the promotion. I don’t want to be saying this is going to happen, or not going to happen.”

But Arum spoke cautiously about the chances of the fight taking place between the former stablemates, who were both trained by Freddie Roach at his Wild Card gym in Los ­Angeles.

He added: “Manny would be happy to do the fight with Khan if the money comes up — and I don’t have a lot of confidence it will.

“The money is very high, very considerable. I have no idea if they have the wherewithal to put this money up.

“Until they do I’m taking a hands-off approach.”

Khan, the former WBA and IBF world light-welterweight champion, is desperate for a deal to be reached.

And Khan has not fought since last May when he was brutally stopped by Canelo Alvarez after stepping up to middleweight. Pacquiao raring to slug out presidential visions in debate with foes 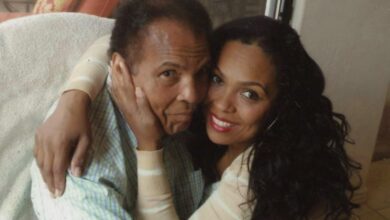 Muhammad Ali’s heart “would not stop beating for 30 minutes” while all his other organs failed, daughter reveals 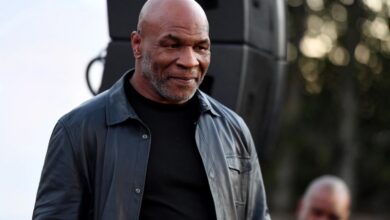 Mike Tyson ‘is a very exposed human being and a lot of people don’t protect him’, says UFC legend Vitor Belfort 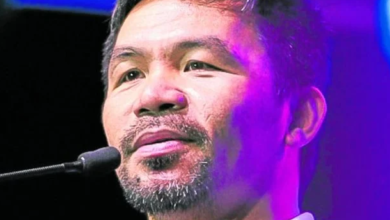