“Tennis has changed my life. It has broadened my horizons and I am grateful to be involved in this spor.” During the last episode of Patrick Mouratoglou’s famous podcast, Mike Tyson talked about the importance of tennis in his life and his love for the racket.

The former world boxing champion has appeared more than once on the most important stages of world tennis and had the opportunity to meet several players. Among them, Tyson appreciated Novak Djokovic’s personality and mental strength.

Mike said to SuperTennis: “I thought we were doing the right things, and what we were doing was making some money. But nothing is more important than watching my daughter play tennis. I saw her change, become what she would not have become if she hadn’t discovered tennis.

At 11, 12 she has a lot of self-confidence, she is disciplined. Every morning she wakes up, prepares her breakfast, takes a shower and goes to the gym at 7 or 8 and stays there until four in the afternoon. He really wants to do it.”

“I’m very proud to see someone in the family who understands how things don’t always go the way we want. Because life is like this, it’s about learning to handle all kinds of situations. Now Djokovic is my favorite tennis player.

If he’s okay, I really enjoy watching his games. It’s amazing how he came back from injury and beat champions like Rafael Nadal and Roger Federer. Djokovic is a real fighter, ” concluded Tyson. But not only that, there is also room for Serena Williams.

Iron Mike recently posted a video of him teaching Serena to box and writing: “Wouldn’t want to get in the ring with this GOAT Serenawilliams.” Tyson had also posted a video in 2019 of him coaching American teenager Coco Gauff in his art di lei and tweeted: “Future GOAT 15 year old WTA @CocoGauff. Awesome example of kindness, courage and tenacity. Look out for what she does in 2020.” 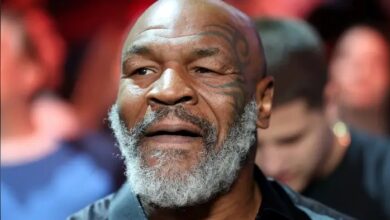 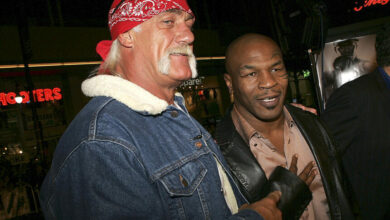 WHEN HULK HOGAN TRIED TO FIGHT A PRIME MIKE TYSON 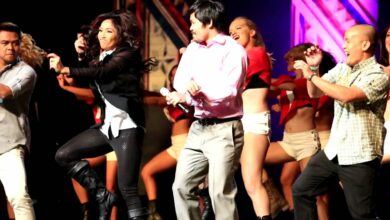 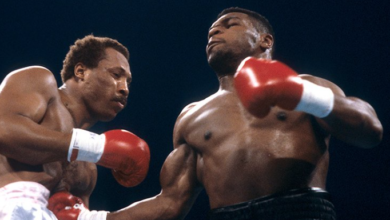