In the year of 1998, WWE was firmly in the midst of its highly successful ‘Attitude Era’.

Then known as WWF, the company was in a rivalry known as the ‘Monday Night Wars’ with World Championship Wrestling (WCW).

Vince McMahon’s shows featured more adult-oriented content, whilst we saw the enormous rise of wrestlers who would become stars of WWF/E for years to come.

The Rock, Chris Jericho, Shawn Michaels and Triple H were just some of the names who shot to stardom during the period. Hulk Hogan had left back in 1993, and McMahon needed a new face of the company.

Steve Austin’s meteoric rise
Step forward, “Stone Cold” Steve Austin. The Texas Rattlesnake became a star overnight after his famous speech at the 1997 King of the Ring. ‘Austin 3:16’ was born as his famous catchphrase – as was a path to the top.

Winning the Royal Rumble in 1998 set him firmly on that path. On-screen tensions had already arisen between himself and McMahon, leading to one of the most legendary feuds in wrestling history. The authority versus the anti-authority.

How did Mike Tyson appear in WWE?

Around the time of the continued success of Steve Austin, Mike Tyson‘s boxing star was beginning to wane.

Read: Five of the worst ends to fight careers

Tyson lost the first fight via technical knockout in round 11, which was considered a significant shock. The second bout also went Holyfield’s way but is more well-known for the infamous ‘ear-bite’ incident that stunned the boxing world.

With his boxing license rescinded, ‘Iron Mike’ needed to find something else to do with his time. The then 31-year-old turned to another combat sport – professional wrestling.

In January 1998, Vince McMahon stood in the ring alongside Mike Tyson during an episode of Raw. The chairman was gearing up to announce Tyson’s presence at the upcoming WrestleMania.

He is interrupted by the famous sound of glass breaking, and Austin strides down to the ring. About a minute passes before he squares up to his rival, separated only by McMahon.

Austin grabs the mic and shouts: “I’m here because I’m sick of Mike Tyson. He comes in, shaking everybody’s hand, making friends with all the WWF Superstars, and it’s made me so damn sick I’ve been in the back, throwing up.”

He added: “I respect what you’ve done in the boxing world. But when you step in this ring, you’re messing with Stone Cold Steve Austin, and that’s something you don’t do.

“What I’m telling you is that I want a piece of Mike Tyson’s ass … I can beat you any day of the week, twice on Sunday.”

More trash-talking follows before Austin sticks two fingers up at Tyson. What happened next was legendary.

Tyson shoves Austin, and both men have to be restrained by security to avoid any further incident. The ‘Texas Rattlesnake’ then flicks one finger up at an enraged McMahon before being carried out of the arena.

Mike Tyson was subsequently named as the ‘special enforcer’ at WrestleMania 14 for the WWF Championship match between Shawn Michaels and “Stone Cold” Steve Austin.

However, despite their brawl before the event, Tyson and Austin ended up on the same side.

With referee Mike Chioda out of action following an incident earlier in the match, Austin hit his signature Stone Cold Stunner on Michaels. ‘Iron Mike’ then slid between the ropes and completed a rapid three-count to allow Austin to pin Michaels and secure the title. Then came the infamous “Stone Cold! Stone Cold! Stone Cold!” shout on commentary from Jim Ross.

When the ‘Heartbreak Kid’ protested the decision, he was flattened by a KO punch from the ‘Baddest Man on the Planet’.

Tyson was cleared to make a boxing return later in 1998. He did, however, return to WWE in 2010 to knock out Chris Jericho. He was then inducted into the WWE Hall of Fame in 2012. 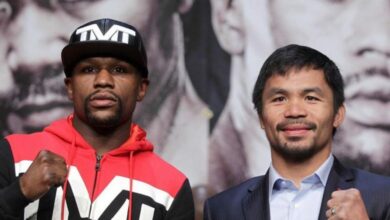 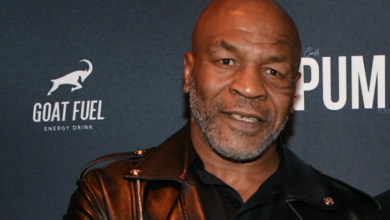 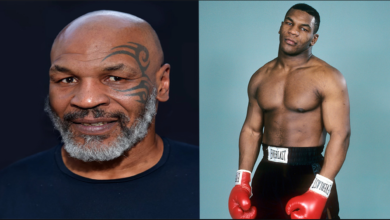 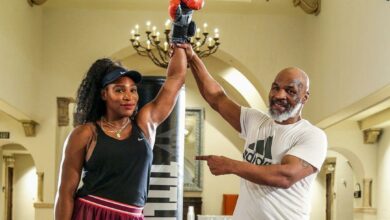