Floyd Mayweather has been accused of risking boxing’s integrity by resorting to exhibition fights against YouTube stars.

Boxing legend Mayweather put together a legendary 50-0 career where he defeated the likes of Manny Pacquiao, Canelo Alvarez and Ricky Hatton before retiring in 2017 after a massive crossover fight with Conor McGregor.

But he has somewhat tarnished his legacy with his involvement with two outlandish exhibition bouts in 2018 and 2020 against Tenshin Nasukawa and Logan Paul.

Mayweather knocked out Nasukawa within a round at Rizin’s New Year’s Eve show just over a year after his retirement, but he couldn’t finish Paul over eight rounds in Florida last summer.

He is set to return to the ring next month in Dubai against another social media star in ‘Money Kicks’.

And boxer Tureano Johnson has slammed the former world champion as the reason for why YouTubers like Jake Paul were allowed to succeed in the first place.

He was responding to a comment from MMA legend Chael Sonnen who said boxers were just jealous of Paul, he used the jibe as a chance to take a shot at Mayweather.

“Far from the truth,” Johnson scoffed in a social media post. “Jealousy! Like Floyd, who conned the fans with his last few fights.

“Beginning with Manny that took place five years too late, along with a broken Berto.

“The integrity of boxing is now again at risk, from Floyd’s freak show to [Jake] Paul’s circus act.”

The younger Paul brother enraged boxing fans when he was awarded multiple knockout of the year awards for his win over ex-UFC welterweight champion Tyron Woodley.

And most egregious was when Sports Illustrated named him the ‘Breakout Boxer of the Year’ after bringing his professional record up from 2-0 to 5-0 with wins over Woodley and fellow ex-MMA star Askren.

Neither Woodley or Askren had a single boxing fight at amateur or professional level when Paul challenged them, and despite their success in the cage, had limited boxing ability.

He handily stopped former Olympic wrestler and Bellator champion Askren within the first round of their meeting in April.

But Woodley, a more renowned striker in MMA circles, proved a tougher challenge in August when he took Paul the distance in Cleveland, Ohio before the YouTuber won a split decision.

And when Paul attempted to take on a legitimate boxer in the 7-0 Tommy Fury, the Brit pulled out of their scheduled bout on two weeks’ notice, being replaced by Woodley who took a short-notice rematch.

However, he was unable to go any further than their last meeting, and was stopped in the sixth with a vicious right hand that went viral on social media.

The elder Paul brother; Logan, managed to go eight rounds with Mayweather in June at the Hard Rock Stadium in Miami, but appears to have now retired from the sport to focus on his business with former rival KSI.

Mayweather is reportedly in talks to face YouTuber Reshad ‘Money Kicks’ Belhasa in Dubai next month in another big money exhibition. 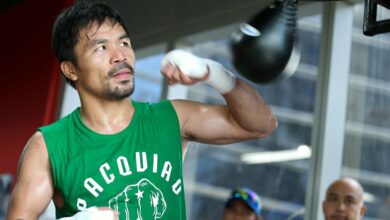 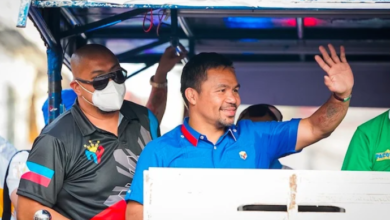 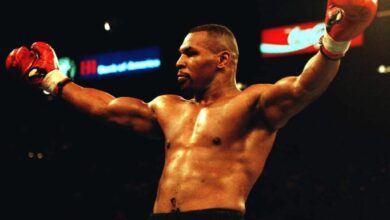 Mike Tyson: ‘Everyone fights for a reason’ 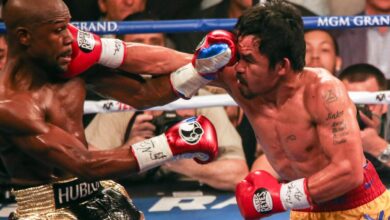