Glasgow-based Two Rivers Media will be adapting an acclaimed book on the legendary boxer by Scottish author Stuart Cosgrove into the “origin story” documentary.

The two-hour film will explore a five-year period in the run-up to Ali’s world heavyweight title win against Sonny Liston in 1964 when he was 22, including his conversion to Islam, the guidance he had from African American civil rights activist Malcolm X and the influence of the Black Power movement.

American director Muta’Ali is working with Two Rivers on Cassius X: Becoming Ali, which has been ordered by the Smithsonian Channel for broadcast later this year.

The new documentary Cassius X: Becoming Ali is expecte to be aired in the UK and US later this year.

His most recent documentary, Yusuf Hawkins: Storm Over Brooklyn, was released to coincide with the 30th anniversary of the murder of the black teenager.

Cassius X: Becoming Ali will feature interviews with some of Ali’s close friends – Attallah Shabazz, Malcolm X’s eldest daughter; Dee Dee Sharp, the singer and girlfriend of Ali in the early 1960s, and some of the sports writers who covered his rise.

An official announcement on the documentary states: “Cassius X: Becoming Ali puts a period of often overlooked history into the spotlight – the period when Cassius Clay fought his way to achieving his life-long dream of becoming world heavyweight champion while, at the same time, embarking on a secret spiritual journey.

“As he honed his boxing skills to face the seemingly unbeatable Sonny Liston, Clay was also exploring and embracing the beliefs of the controversial Nation of Islam.

“The film explores the painful birth of an icon when, in the days ahead of the biggest fight of his life, Clay would risk everything – his career, his public persona, his relationship with his family and even the love of a popstar girlfriend – for his new religion.”

The Scottish Government’s film and TV agency, Screen Scotland, has agreed to help fund Cassius X: Becoming Ali to the tune of £80,000.

Mick McAvoy, head of factual at Two Rivers, said: “Cassius X: Becoming Ali stands apart from many documentaries about Muhammad Ali by framing its story primarily on Ali’s life experiences between 1959 and 1964. It was a pivotal period, which would change his life forever.

“With access to incredible archive and interviews with those who witnessed these events first-hand, this film will reveal the birth of one of the world’s first global superstars, giving a fuller context to the social landscape that made Muhammad Ali one of the 20th century’s greatest icons, with a legacy no less powerful half a century on.”

Muta’Ali said: “It’s both an honour and a privilege to direct a documentary about Muhammad Ali.

“I have intimate knowledge of what it’s like being a black Muslim in America and this portion of Ali’s life – filled with triumph, challenges, love, and courage – is nothing short of inspiring.”

Cosgrove said: “I wish the project all the best. I’m delighted that Muta, a rising talent in African American filmmaking, is attached.”

Dan Wolk, executive producer at the Smithsonian Channel, said: “This is a taut, riveting story of personal choice and transformation – under the white-hot lights of fame and the backdrop of cultural upheaval.” 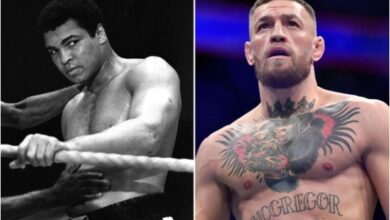 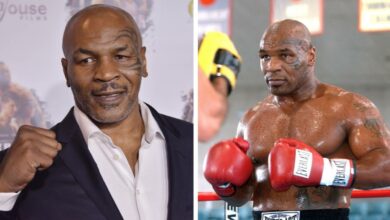 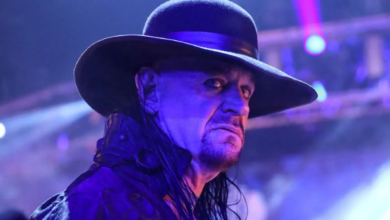 The Undertaker Will Reportedly Be At The Royal Rumble