WWE legend The Undertaker is reportedly expected to be in attendance at the 2022 Royal Rumble event next weekend in St. Louis.

According to PWInsider (h/t Subhojeet Mukherjee of Ringside News), Taker will be in St. Louis primarily for the purpose of watching his wife, Michelle McCool, compete in the Women’s Royal Rumble match.

PWInsider noted that The Undertaker could also be present to shoot material for Peacock since WWE will be shooting content during Royal Rumble weekend.

The 56-year-old Undertaker has not competed in a match since WrestleMania 36, which was nearly two years ago.

The Deadman defeated AJ Styles in the much-celebrated Boneyard Match, and during the ensuing summer, Taker announced during the final episode of the Undertaker: The Last Ride docu-series that he was retiring from in-ring competition.

While The Phenom had said he was retiring in the past only to return, he has remained true to his retirement this time around.

It may not be impossible that he gets physically involved somehow and even competes in the Men’s Royal Rumble match, but there are many other reasons for him to be in St. Louis besides that.

In addition to McCool competing and possibly filming Peacock content, The Undertaker could do some things related to the upcoming WWE 2K22 video game.

Taker is part of the pre-order bonus, as those who pre-order the game will receive three different versions of The Undertaker as playable characters.

WWE 2K22 will be released to all on March 11, while Royal Rumble will take place at The Dome at America’s Center in St. Louis on Jan. 29. 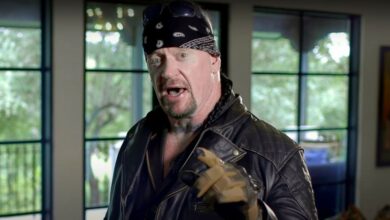 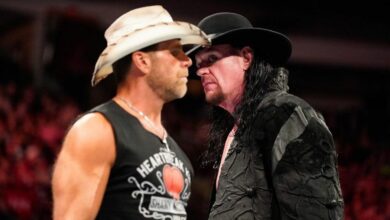 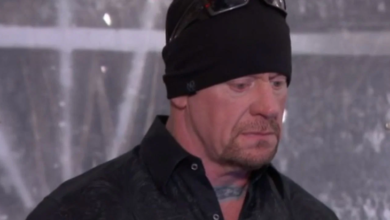 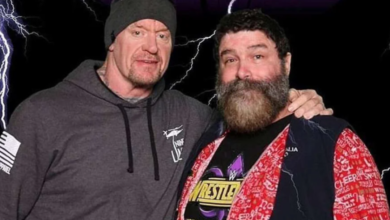 Mick Foley Recalls The Undertaker’s Toughness Despite a Brutal Injury: “He Wanted to Keep Going”