It’s 80 years since the most famous and charismatic boxer who ever floated like a butterfly and stung like a bee first entered the world.

And although Muhammad Ali succumbed to Parkinson’s syndrome in 2016, there is an enduring interest in the many strands of his incident-packed life as a sporting talisman, social campaigner, entertainer and – dread word – influencer on so many people of his generation throughout the globe.

If you needed any reminding of Ali’s appeal, Scottish author and broadcaster Stuart Cosgrove provided plenty of intriguing context in his acclaimed book, Cassius X, which was published in 2020 and told the compelling story of the transformation from Clay to Ali, which happened in the midst of a turbulent period of American history as black and white culture collided.

And now, the Smithsonian Channel in the United States has confirmed that Cassius X: Becoming Ali – a two-part documentary based on the book – is being created by award-winning film director Muta’Ali.

It is scheduled for broadcast in Britain and America later this year, and we caught up with Mr Cosgrove for a sneak peek behind the scenes.

He told me: “The response to the book has been phenomenal and it’s still selling as hardback with a paperback out for Christmas.

“Now that Covid restrictions are lifting, I will be able to get on the road to promote it, including a return event at the Edinburgh Festival.

“The film and TV rights were acquired by the Scottish production company Two Rivers, who sold the idea of a long-form documentary to the Smithsonian Channel, which is part of the Viacom Corporation.

“The director shot the film throughout the USA and came to Glasgow for the final edit.

“It’s not finished yet but it is already in great shape.”

Cassius X: Becoming Ali puts a period of fascinating but often-overlooked history into the spotlight; the period when Cassius Clay fought his way to achieving his lifelong dream of becoming world heavyweight champion while, at the same time, embarking on a secret spiritual journey.

As he honed his skills to face the seemingly unbeatable Sonny Liston, Clay was exploring and embracing the beliefs of the controversial Nation of Islam.

The film explores the painful birth of an icon when, in the turbulent days ahead of the biggest fight of his career on February 25 1964, he risked everything – his reputation, his public persona, his relationship with his family and even the love of a popstar girlfriend – for his new religion.

It includes interviews with Attallah Shabazz, Malcolm X’s eldest daughter; Dee Dee Sharp, R&B singer and girlfriend of Ali in the early 60s; Jim Lampley, one of his closest friends and a broadcasting legend; Thomas Hauser, his biographer; and the views of leading journalists and other figures about their encounters with one of the titans of the 1960s and 1970s.

The missing months during which he was known as Cassius X have all but vanished from the chronicles.

But, on the contrary, it was a protracted process and you can almost smell the liniment and sweat and hear the classic songs of Tamla Motown when you start reading Mr Cosgrove’s work about the events that took place in Miami during 1963, even as Clay trained at the 5th Street Gym for the clash with Liston.

Clay, who had started as a 8-1 underdog, triumphed in a major upset, when his opponent gave up at the opening of the seventh round.

It was there that he began to embrace the ideas and attitudes of Black Power and the firebrand preacher Malcolm X – who was later assassinated in New York in February 1965 – became his spiritual adviser.

And it was in that setting that boxing promoters rubbed shoulders with Mafia bosses and Miami became a haven for an eclectic collection of Hollywood celebrities, Motown stars and a hotbed of intrigue.

Mr Cosgrove said: “His conversion was a process, not an event and took place over two years.

“My book focuses on the period 1962-63 as he rises up the rankings and regularly attends a small local mosque in Miami near his gym.

“But it was in Detroit, inside the Shabazz luncheonette, where Cassius met the charismatic Malcolm X and it was the start of a relationship that impacted on both of their lives.

“Initially, their friendship was one of mentor and student. Cassius once said: ‘Malcolm was very intelligent, with a good sense of humour, and he was a wise man. When he talked, he held me spellbound for hours’.

“Then, as the circumstances around them changed, it became a relationship which was fraught with complexities, ticking down to tragedy.”

The documentary promises to explore the diverse strands in Mr Cosgrove’s book and, as you might expect, will feature a stirring soundtrack of some of the songs which became chart-toppers for a new generation.

He said: “Cassius was, in many ways, one of the most famous witnesses to the first days of soul.

“He was a teenager in the days of R&B and bore a strong facial resemblance to the famous king of the Twist craze, Chubby Checker.

”Inevitably, he became a very public advocate of comedy dance moves and fell in love with Chubby Checkers’ label-mate Dee Dee Sharp, who had a hit with It’s Mashed Potato Time when she was dating Cassius in 1962.

“By the time that he fought Sonny Liston for the Heavyweight Championship of the World crown, he was personal friends of Stevie Wonder, Ronnie Spector and Dionne Warwick.

“When he arrived in Detroit to attend his first Nation of Islam rally, Cassius X found a city bristling with excitement, tense with racial difference, and on the cusp of reinventing black music.

“He was a compulsive record collector and already owned several Motown records, even although the ‘sound’ that would make it famous was still in its infancy.

“One song in particular had come pounding on to his radar – it was Mary Wells’s boxing-themed love song, You Beat Me to the Punch, written by Smokey Robinson, which reached No 1 on the R&B charts later in 1962.”

Muhammad Ali may have died six years ago at the age of 74, but his legacy as one of the most mercurial and significant figures in American history lives on.

There was hardly a dry eye in the stadium when he lit the Olympic torch at the 1996 Games in Atlanta, despite showing obvious signs of his illness.

He never rejected an autograph request after being snubbed by one of his idols, Sugar Ray Robinson, and the political and sporting worlds joined forces to pay tribute to a remarkable human being.

As Dan Wolf, executive producer of the Smithsonian Channel, said: “We’re proud to have this film under our banner.

“This is a taut, riveting story of personal choice and transformation – under the white-hot lights of fame and the backdrop of cultural upheaval.

“Cassius X: Becoming Ali boils it all down to the compelling coming-of-age moments of a young man who had just turned 18.

“You can’t fully understand him until you know the intimate story of this short, intense period in his life.”

One suspects that there will be no shortage of viewers who are willing to be transported back to the 1960s when it is broadcast. 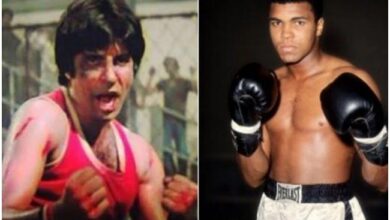 Muhammad Ali once swung at Amitabh Bachchan: Here’s why 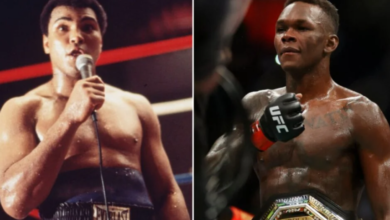 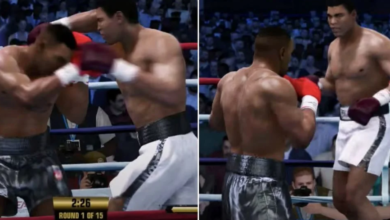