The Undertaker recently admitted he was fine with his decision to retire. Up until the first fireworks hit at WrestleMania 37.

Retirement is a funny thing in wrestling. The word has lost all meaning at this point. Well, for everyone apart from Stone Cold. The Texas Rattlesnake lost his last match to The Rock in 2003 and remains adamant he will never wrestle again. It’s yet to be seen whether The Undertaker will do the same thing after wrestling what he claims to have been his final match at WrestleMania 36.

The Deadman has been able to relax a little now his wrestling persona is behind him, and that includes conducting interviews out of character. A recent example of that is a sitdown Taker had with Sports Illustrated, during which he discussed his decision to finally leave the squared circle.

The Phenom admitted he had been fine with his decision to retire right up until WrestleMania hit. “I was fine all the way until that first ballyhoo of fireworks. Fortunately, I was home, which made it a little easier,” Undertaker revealed. “I started second-guessing myself. So much of my history revolves around WrestleMania. There was a bit of an emotional tug of the heartstrings.”

There have been a number of moments where fans thought they had seen the last of The Undertaker, most of which happened at WrestleMania. The end of the streak at WrestleMania 30, and his loss to Roman Reigns at WrestleMania 33. Neither of those proved to be Taker’s last ride. However, his goodbye at last year’s Survivor Series appears to be his true retirement, even if watching WrestleMania makes him doubt the decision.

While The Undertaker didn’t say it himself, it wouldn’t be surprising to discover Vince McMahon called him at some point during the build to WrestleMania. The Deadman previously revealed the chairman calls him from time to time to make sure he’s still in shape. Maybe because he cares about his friend’s well-being, but probably because he wants to make sure he looks good should he ever need him to return. 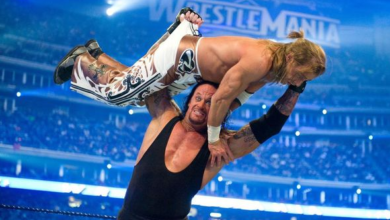 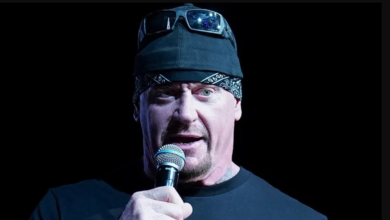 The Undertaker Points To Gritty Elements WWE Should Return To 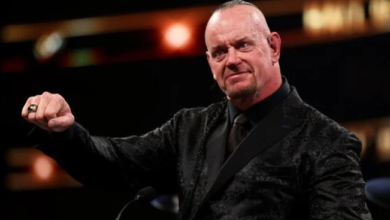 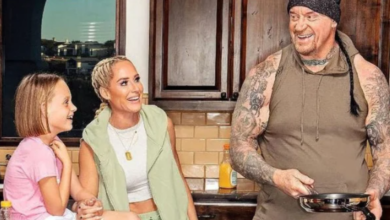