Above video is from a different documentary, directed by Ken Burns on Muhammad Ali’s life and legacy in Louisville.

A documentary on the world-renowned boxer Muhammad Ali will soon be airing on television across the nation in honor of Black History Month.

“It’s very exciting that this film, which highlights Muhammad’s love for his hometown, is resonating with people far beyond our city,” Louisville Mayor Greg Fischer said.

Since first airing earlier this year, the 81-minute documentary has aired or is scheduled to air, nearly 400 times on PBS stations, across 135 U.S. markets, serving more than 80% of the U.S. population, according to Fischer.

The documentary, directed by Graham Shelby, focuses on Ali’s local roots and global impact, evidenced by the historic celebration of his life in Louisville following his death in June 2016.

In the days after Ali’s passing, more than 100,00 people lined the streets for his funeral procession, Fischer said.

An estimated one billion people worldwide watched Ali’s memorial service in the KFC YUM! Center, according to Fischer.

“His story of strength, compassion, and humanitarianism are relevant and inspiring, and are particularly important as part of our celebration of Black History Month,” Fischer said.

Select clips from the City of Ali and lessons from a curriculum guide companion are available now on KET’s website. 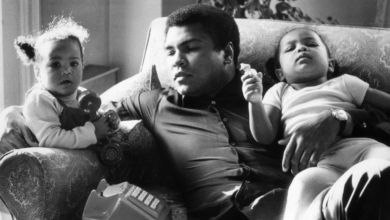 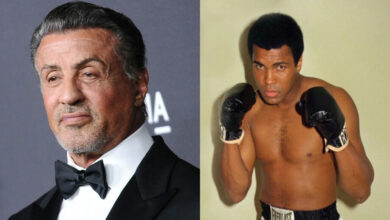 Throwback: Take A Look At The Time When Sylvester Stallone Was Surprised By Muhammad Ali At The Oscars