Mike Tyson is undoubtedly one of the greatest heavyweights of all time. He was one of the most ruthless champions to step into the ring. Furthermore, he has showcased what a perfect specimen looks like in his 20s. His footwork, head movement and perfectly crafted punches were a kind of revolution in the 80s..

‘Kid Dynamite’ was the most spectacular stalwart of his time. ‘The Baddest Man on the Planet’ was brutally honest. He was tough, bizarre, intimidating, and sometimes gentle at the same time. He was such a humble young fella that used to seize his opponent with lethal fists and ferocious instinct and then suddenly rush to give them a hug and imminent respect.

However, the youngest man to hold the heavyweight title at the age of 20 took to Instagram to celebrate his first nationally televised bout. He posted a knockout video of his fight from 1986 to mark this day.

‘Iron’ Mike wrote, “Today marks the anniversary of my first ever televised fight. To commemorate the evening I am giving away 5 signed posters to 5 lucky fans who purchase the limited edition raffle tee. Now available on miketyson.com.”

Mike Tyson and his first televised fight on 16 February 1986
The epic bout was live on ABC Sports. It was scheduled at Houston Field House in Troy, New York. In this high-profile historic event, ‘Iron’ Mike locked horns against Jesse Ferguson.

Though ‘The Boogieman’ had the height advantage, ‘The Baddest Man on the Planet’ showcased such an incredible set of skills that he had sheer dominance in the ring. Moreover, in the fifth round, Tyson pushed Ferguson on the ropes and knocked him down with a well-crafted lethal uppercut that broke the nose of the latter.

However, Ferguson anyhow survived and, finally, the fight was stopped in the sixth round. Mike Tyson emerged as the superior boxer via technical knockout.

This was prime ‘Iron’ Mike. He was young, aggressive, lethal, powerful, and away from all distractions. In the coming 6 more fights, ‘The Baddest Man on the Planet’ became a global hero. 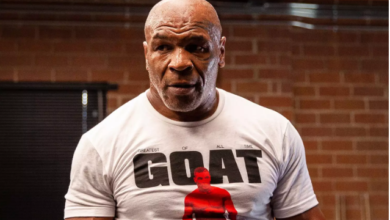 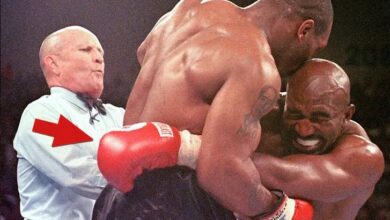 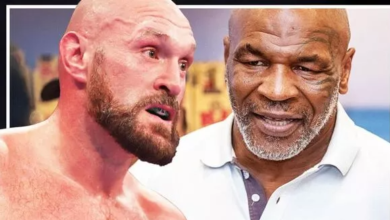 Tyson Fury defends Mike Tyson for hitting fan on plane – ‘I’d pay for that myself!’ 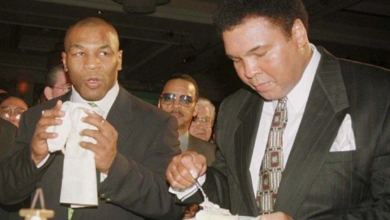