At a recent press conference, Pacquiao said he had no intention to revive the Bataan Nuclear Power Plant (BNPP), but he wants to use nuclear energy to improve power generation capacity.

He added that he prefers the use of floating nuclear power plants also known as nuclear barges to increase energy supply and decrease the cost of electricity.

The senator also revealed that he is also advocating the use of renewable energy such as solar, wind, mini-hydro and wave energy.

“We will bring attention to all possible sources of energy, but we need to study it carefully so that this time, we won’t be facing power shortages,” he said.

Pacquiao added that there is a need to review the country’s energy policies, hitting previous administrations’ move to privatize utilities, including the power sector.

He underscored that the Philippines is experiencing a runaway debt problem, now estimated at around P14 trillion, because of corruption and full dependence on tax revenues.

“These debts we have at the World Bank and other countries are stopping our progress because big percentages or more than half of our annual national budget are going to payments of these debts,” Pacquiao said.

“I do not favor the privatization of public utilities while we are drowning in debt. Utilities should be an asset because we can generate revenue for the government, but previous governments prioritized borrowing money,” he added.

Nuclear power is a cause of worry for environmental watchdogs because of its potential to create radioactive waste that can remain dangerous to human health for thousands of years.

Meanwhile, an accident that forced him to undergo knee surgery has prevented Deputy Speaker and vice presidential candidate Lito Atienza from joining debates and rallies with Pacquiao.

“My running mate slipped. Then he experienced a problem with his knees that is why he has to undergo surgery. He will be back probably after one month – maybe by March or April,” Pacquiao told reporters in a chance interview. – Delon Porcalla 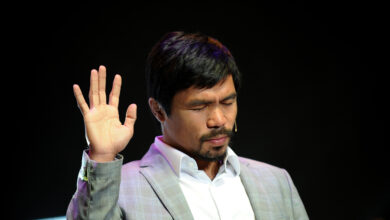 Manny Pacquiao’s opinion on sαmᥱ-sᥱx marriage: ‘that makes us worse than animals’ 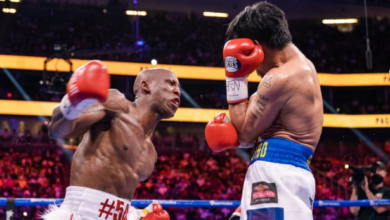 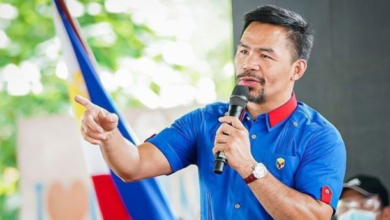