Muhammad Ail is the greatest boxer of all time but also a study in contradictions. He loved to box but hated to train. He stood up for Black people everywhere but ruined Joe Frazier by cruelly questioning his Blackness. Ali also proudly stood up against the U.S. government for its war in Vietnam and the draft, yet gladly took money and hobnobbed with brutal African dictators.

This penchant for hanging out with violent despots almost came back to bite Ali in the 1970s when one such tyrant wanted to get in the ring with The Louisville Lip. The boxer saw no upside to this type of fight and had his crew hightail it out of there before he ended up in a horrible situation.

Ali had such a problem with the U.S. government that he refused to go into military service. He famously stated, “I ain’t got no quarrel with them Vietcong.” The principled stance cost him his boxing license for three-plus in the prime of his career. It also almost put him in prison for five years.

It was in Uganda where Ali spent time with another tyrannical leader, Idi Amin. The country’s President (1971-77), aka the “Butcher of Uganda,” was one of the most murderous dictators in world history. Experts estimate that his regime killed between 300,00 and 500,000 Ugandans, per The Guardian.

While Ali didn’t have a problem spending time with these leaders who oppressed and killed their own citizens, one request for Amin went too far and led Ali to run away from the situation.

On The Ryen Russillo Podcast, the titular host asked Ali biographer Jonathan Eig about a story he heard about the champ. He asked if Ali once turned down $500k to get in the ring with Mobutu. Eig cleared up the details of the famous story, telling Russillo it was, in fact, Amin that wanted to fight Ali, not Mobutu.

The writer then shared the story of Ali and Amin as he knows it:

While they were in Africa, Ali – or maybe it was after the fight – Ali and some of his guys flew Uganda to meet Idi Amin, who was possibly the only dictator who was more ruthless than Mobutu, and this time Ali actually got sacred. This time he said, ‘This guy’s crazy. Let’s get the hell out of here.’ And I guess Idi Amin wanted to get in the ring with him and Ali said, ‘No way. If I beat him, I’ll be killed. If I don’t beat him, I could be killed. Let’s run,’ basically, head for the door.

While Ali did run away from fighting Amin, he didn’t decline many other fights in his life. The Greatest took on all comers throughout his illustrious career. From Cassius Clay’s first professional fight in 1960 against Tunney Hunsacker to Muhammad Ali’s last in 1981 against Trevor Burbick, Ali fought 61 times.

Eig shares that Ali was a people-pleaser and could almost never say no in any aspect of his life. This is one reason he would fight (almost) anyone:

Eig chalked this mentality up to two factors. One is that Ali (then Cassius Clay) was a “child star” who found success early in life and was used to getting whatever he wanted. He also said some of it was just “baked into who he was.” Ali just thought that “everything would be ok” and things would “just work out.” The writer also noted that usually, Ali was right.

The moment Ali might have been most right about in his life was to flee the scene when Idi Amin challenged him to a fight. 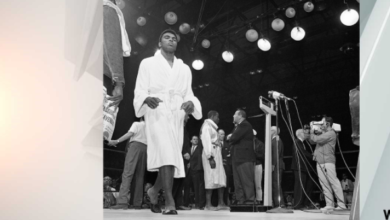 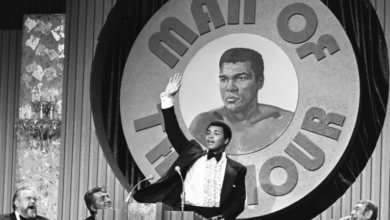 Muhammad Ali: Rumble in heaven as you did on Earth 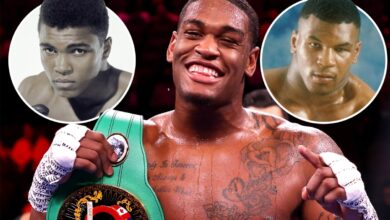 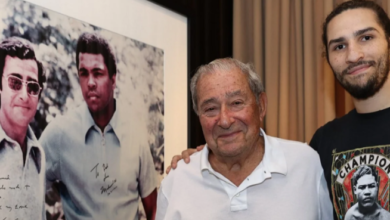