Floyd Mayweather, Manny Pacquiao, Mike Tyson and Terence Crawford are among the best world champions in boxing’s storied history – but they all had world title fights against one of these guys: ten of the absolute worst.

Any boxer brave enough to step inside the ring deserves respect. But in the (sigh) four-belt era – and with the crazy rankings of alphabet sanctioning bodies – we’ve had some highly dubious champions.

That said, we have to impose some order on this top 10, so IBO, WBU, WBF, etc champions do not count. Also no WBA (regular) title-holders and no early WBO heavyweight champs when nobody took it seriously. But even with those restrictions, we’ve still got some outlandish boxers who’ve won world titles – from spectacular flops to barely-even-one-fight wonders.

There have been far less gifted world champions. But Ortiz is the epitome of a boxer more interested in image and fame than in-ring achievement. Lost by KO to Marcos Maidana in a thriller, won a decision over Andre Berto for the WBC welterweight belt, but Ortiz is best known for a dire first defence when he headbutted Floyd Mayweather, left his chin unguarded, got socked and was stopped. Win-loss record since then is a dismal 3-4-1 and is best known for being the last boxer Mayweather KO’d and for marketing his own range of ‘FaceLube’. No.

Painful to include one of boxing’s nicest guys. But tough, honest, Australian ex-PE teacher Horn should never have really been a world champion. Gave a valiant effort against an ageing Manny Pacquiao in Brisbane in 2017 and it’s not Horn’s fault he got gifted a decision. Defended his WBO welterweight strap once but lost by KO to Terence Crawford in his next step up to elite level, and has been knocked out by Michael Zerafa and Tim Tszyu since. Horn is a solid boxer, but his title victory over the ‘Pac Man’ is solely down to hometown judging.

A case of right place, right time for gutsy American Truax. He’d lost all three times he’d stepped up to world class so defeat to IBF 168lb champ James DeGale in 2017 appeared inevitable. Except DeGale, drained by injuries and a war with Badou Jack, did not have a lot left and Truax ground out a majority decision win. He lost a rematch, however, and was outboxed by Caleb Plant in 2021. Truax earned his moment of glory but how many other super-middleweight champions could he have beaten except that shopworn DeGale?

Crude Colombian was having some success against overhyped ‘Vicious’ Vivian Harris in 2005, when Maussa suddenly put the WBA light-welterweight champ down in round seven. Maussa then leaned over the flat-out Harris and landed a bonus punch – which could easily have resulted in a disqualification – but got the win anyway. Ricky Hatton blasted him out with a left hook in his first defence and the wide-open Maussa lost his next two after that. Retired with a 20-5 record having never won a fight after his unusual, unexpected world title win.

Mickey Bey probably shouldn’t be on this list, because he probably shouldn’t be a world champion. The then Mayweather Promotions fighter won a dubious decision over IBF lightweight champ Miguel Vazquez on the undercard of Mayweather-Maidana II in 2014. Ringside analyst Steve Farhood scored it 116-112 for Vazquez, but the stench of the decision was overwhelmed by the stink of an awful fight. Bey was stripped of his title before making a defence, but got another shot at it, losing to none other than Rances Barthelemy. Rancid.

Arguably the most embarrassing title defence of any heavyweight champion. Big Bruce picked up the vacant WBA belt by beating ageing Tony ‘TNT’ Tucker, defended it against hapless Joe Hipp, and that earned him a spot on the Mike Tyson post-prison comeback gravy train. With paycheck firmly in pocket, Seldon lasted 109 seconds before being put down by some phantom punches that appeared to sail past his head. Went away for eight years but came back to lose to the likes of Gerald Nobles and Tye Fields. Thanks for nothing, Seldon. 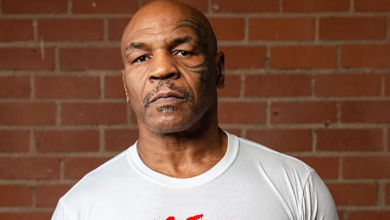 Mike Tyson on YouTubers in boxing: They’re a big shot in the arm for the sport 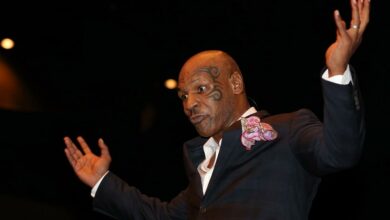