Widely regarded as one of the greatest pound-for-pound fighters, Manny Pacquiao lands inside the top 10 of the ‘Bible of Boxing’s’ all-time list

Widely regarded as one of the greatest pound-for-pound fighters of all time, boxing’s sole eight-division world champion placed at ninth in the “Bible of Boxing’s” all-time list, three spots below his rival and one-time opponent, Floyd Mayweather Jr. (50-0, 27 KOs)

Pacquiao (62-8-2, 39 KOs) is the highest-rated southpaw on the extensive list, and is only one of two Filipinos to crack the top 100, the other being Nonito “The Filipino Flash” Donaire (42-6, 28 KOs) at 61st place.MUST READFAST FACTS: Manny Pacquiao, Asia’s rags to riches champion

He captured his first world title at flyweight (112 pounds), and peaked at light middleweight (154 pounds) before settling back to welterweight (147 pounds) at the twilight of his career.

Pacquiao, a surefire future International Boxing Hall of Famer, will be eligible for the honor in 2026, five years after his official retirement. MUST READPacman out: Pacquiao hangs up gloves on legendary boxing career Pacquiao open to Duterte as ‘consultant’ Pacquiao to lead revolt vs graft 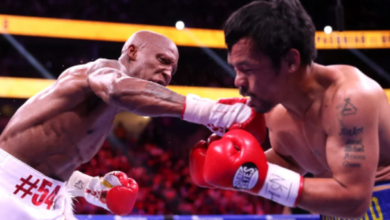