The Undertaker and Randy Orton delivered some great work together during the Ruthless Aggression Era. WWE placed them in a feud throughout 2005 that helped them both at interesting points in their career. Orton was coming off a failed face run after winning the World Championship and getting kicked out of Evolution.

The Undertaker needed a new rival about a year after ditching the American Badass persona for the Deadman gimmick. Quite a few matches between the two showcased the story progressing violently. The matches and segments gained the audience’s interest for an important program. Most fans forget the following tidbits of the Undertaker and Orton feud.

WWE is not above recycling an idea if they feel it can work just as well the second time around. Randy Orton did a heinous act to The Undertaker that was done to him during an even more intense rivalry almost a decade prior.

Kane set Undertaker on fire inside of a casket as a way to try to get rid of him as WWE wrote the legend off television for months. Orton did the same exact thing by locking Undertaker in a casket and setting him on fire to set up a big return, months after.

An overlooked element of the Randy Orton vs Undertaker feud was that they never needed a title to make their matches important. Most of the main event feuds of the Ruthless Aggression Era featured the WWE Championship or World Championship at some point.

Undertaker and Orton feuded over personal animosity and Orton’s obsession to end Undertaker once and for all. Batista held the World Championship as the top SmackDown champ for most of their feud and took the semi-main event spot on a few major shows behind their main events.

Many fans forget that Randy Orton was a face at the start of his feud with The Undertaker. WWE treated it as a Raw vs SmackDown attraction match with Orton trying to end the undefeated streak of Undertaker at WrestleMania.

However, the face character of Orton lost a lot of momentum after losing his feud with Triple H. Orton turned heel just a few weeks before his showdown with Undertaker by attacking his girlfriend and manager Stacy Keibler before dumping her. WWE made the right move as Orton’s heel work worked to perfection with the audience rooting for Undertaker.

7 First Match With Breaking The Streak As Real Story

The Undertaker was already deep into the undefeated streak at WrestleMania, but WWE finally started making use of the storyline against Randy Orton. There were references to the streak over the previous few years, but no one felt like a realistic threat.

Orton being a young main event star felt like the timing may be right for someone to end the streak. Fans were invested into the attraction match with Orton’s RKO false finish having everyone biting on it. Undertaker winning felt like a bigger deal than his previous wins due to the streak growing in value.

The Raw vs SmackDown element of Randy Orton vs The Undertaker added to the excitement at WrestleMania 21. Money in the Bank and Shawn Michaels vs Kurt Angle joined this match as three rare matches with Raw talents facing SmackDown talents in the brand split world.

WWE enjoyed the match so much that they wanted to find a way to continue it for the rest of the year. Orton was drafted to SmackDown in the 2005 draft to join the same show as Undertaker full time. The feud continued for the rest of 2005 with WWE having them on the same roster.

Randy Orton was surprisingly still quite young into his career when entering a feud with The Undertaker for WrestleMania 21 season. This was just the first singles WrestleMania match for Orton and his second match at the event after a tag match with Evolution.

Orton had a lot of pressure in the huge match and lived up to it with a strong performance. Undertaker was already more than a decade into his streak when facing off with someone who never had a singles bout on the biggest stage.

Randy Orton recently shared a story about his time working with The Undertaker in an interview. The stories of Orton being immature In the early 2000s have mostly all been confirmed by the man himself.

Orton revealed that he foolishly skipped a rehearsal for their big match that was needed since they didn’t work on the same show to interact. Undertaker never telling Vince McMahon or anyone else saved Orton from getting a world of heat that could have ended the feud faster.

3 Orton Was Last Wrestler To Win Casket Match Over Undertaker

The history of the Casket match has seen The Undertaker in it more than anyone else. WWE made the casket match as a way to have an easy attraction for Undertaker at house shows in the ‘90s, and it continued in the rare feuds moving forward.

Randy Orton teaming with his father Cowboy Bob Orton Sr. saw them scoring the last victory over Undertaker in a Casket match. Undertaker had a few more matches using the stipulation with wins against Mark Henry, Chavo Guerrero, Big Show and Rusev.

2 Only Had One Singles Match After Feud Ended

WWE never going back to The Undertaker vs Randy Orton feud after their 2005 work is a huge surprise. Orton and Undertaker remained two of the biggest names in WWE over the next fifteen years, but they only had one televised singles match.

The duo’s sole match after their 2005 feud came on Raw during a tournament for the Superstar of the Year Award in 2009. Orton defeated Undertaker in the semi-finals lasting just four minutes with a DQ finish.

The overall story of Randy Orton feuding with The Undertaker was that he wanted to end the ultimate legend of WWE. Orton’s Legend Killer gimmick saw him getting the better of every legend he faced as a heel character.

Most victories were attacks or squash match victories over names past their prime. Mick Foley was the biggest name to put Orton over a year before the Undertaker feud. Orton losing the feud to Undertaker saw him unable to end this legend as the first person in his career to stop the legend killer ways. 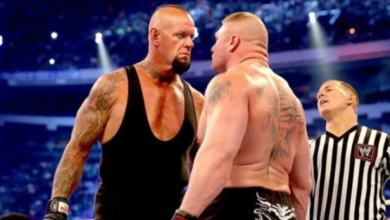 WATCH: Rare Time The Undertaker and Brock Lesnar Hugged It Out Breaking Character 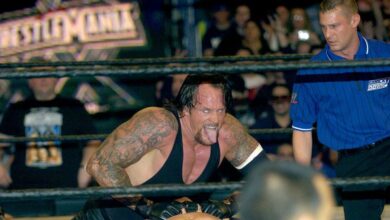 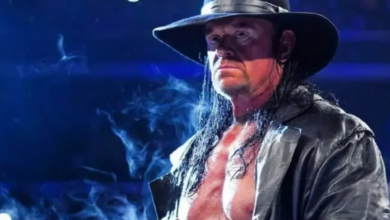 The Undertaker ultimate quiz: How much do you know about the WWE legend? 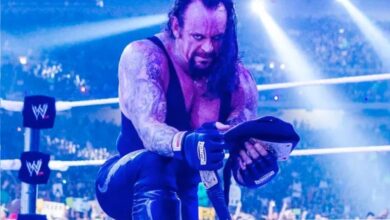