Manny Pacquiao conqueror Yordenis Ugas made his views clear after witnessing Will Smith slap Chris Rock at The Oscars over an alopecia joke.

Ugas, the WBA welterweight champion after his win over Manny Pacquiao, retired the Filipino legend, suffers from the ailment himself.

It’s well-documented that Ugas regularly loses his hair and eyebrows in a situation that he is sensitive to at times.

When Smith reacted to Rock’s joke at the 94th Academy Awards, Ugas made his feelings known.

“Bad to see Smith behave like this. I have alopecia, and any idiot who makes fun of the fact that I don’t have eyebrows, I’m going to beat him up,” said Ugas.

“Imagine. There is no justification for violence and more in that scenario. When you are a public figure, you have to be above any joke.”

Before the Oscars, Ugas had referenced alopecia twice already this month. The comments stemmed from a photoshoot with April 16th opponent Errol Spence Jr.

“My thoughts and prayers to everyone who is battling a condition, illness, and especially alopecia.

“It doesn’t matter how it looks. The greatest strength comes from within. We have to keep fighting for our dreams and goals.”

Responding to a face swap photo of himself and Spence that went viral, Ugas added: “Many of those who laugh at this. They are the first sentimentalists of social networks.

“I laugh too. I’ve been used to this since I was six years old because of my way of speaking, because of alopecia.

“But thank God I never complain. Nothing has stopped me.”

Social media is awash with the story that has become the talking point of a forgettable Oscars up until that point.

Smith walked the stage after Rock made a snipe about the Ali star’s wife, Jada Pinkett-Smith, possibly starring in G.I. Jane II.

The fact Pinkett-Smith is nursing the condition and chooses to shave her head didn’t matter to Rock. The look on her face made it impossible for Smith not to react.

But to walk up on stage and slap Rock has not adhered Smith to many detractors worldwide.

Comedian Paddy McGuinness said of the incident: “Chris Rock has either got the best chin ever or Will Smith has got the worst right.

“The man played Ali! How was Rock still standing?

“Words are much worse than a slap in the face. Will Smith stood up for his wife with principles and values that seem to be long forgotten in this world. Stop bullying.”

Wrestling legend Mick Foley stated: “If it was The Rock instead of Chris Rock making the same G.I. Jane reference, there’s no slap,” when giving his old ‘Rock and Sock’ tag team partner a shout out.

“Will Smith smacked the f out of Chris Rock on live TV. He’s a real G for that. People forget he’s from Philadelphia.

“I bet nobody else [will] about to talk about Jada. I can’t wait to hear what Dave Chapelle and Kevin Hart will say about this.”

Smith accepted the Best Actor Award moments after his connection to Rock’s cheek. He apologized to everyone in the room except the comedian he struck. 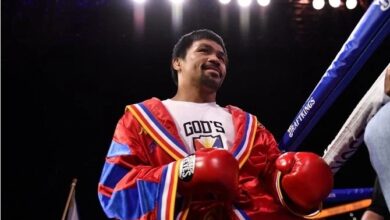 Pacquiao vows to finish the race, unfazed by low ratings 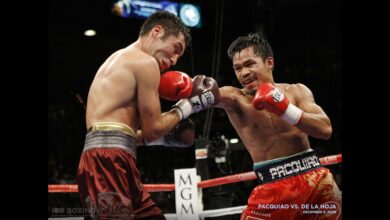 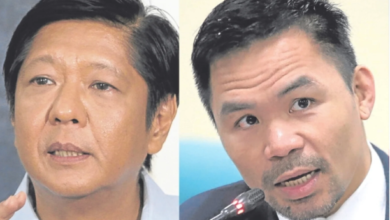