The business deal between two legends and friends, Mike Tyson and Ric Flair, came together rather quickly.

Chad Bronstein, the co-founder and board chairman of the former boxer’s already flourishing cannabis business, Tyson 2.0, approached Flair with the intent of partnering on a line of edibles that “makes you go ‘Woooooo!’”

“Chad invited me to lunch one day,” Flair, 73, recently told The Post in a joint interview with Tyson over Zoom. “I had no idea what it was about, but he said that maybe we could do some business together. I could tell by talking to him he was a good guy, and he knew I’d been friends with Mike for years. It didn’t take Chad long to convince me.”

Within a month, Tyson 2.0 had acquired a majority stake in Flair’s business entity, Ric Flair Drip, Inc., and will be using the wrestling legend’s trademarks, other intellectual properties — not to mention the man himself — to market strains of flower and edibles in the near future.

For Tyson and Flair, teaming up in business is just another chapter in their years-long friendship.

“We exchanged numbers, and crossed paths a bunch,” Flair said. “And now we work together on the road a lot.”

Flair added that he first encountered Tyson when the latter was at the pinnacle of his boxing career. Tyson, meanwhile, grew up a big pro-wrestling fan and has memories of Bruno Sammartino and Pedro Morales, and has appeared in the WWE and AEW as a performer.

Somewhat serendipitously, Tyson was inducted into the WWE Hall of Fame in 2012, on the same evening as the Four Horsemen stable that Flair famously led.

Tyson 2.0 is very much part of the one-time heavyweight’s next act. The company, which launched last fall, offers around 15 products, including one-ounce flower bags, vape pens, and a brand of edibles. The ear-shaped Mike Bites harken infamous memories of Tyson biting off part of Evander Holyfield’s ear, back in 1996, and — according to Bronstein — are back-ordered for the rest of the year.

“It was brilliant,” Tyson said of his thoughts upon first hearing the idea for the edibles.

Tyson, the chief brand officer of Tyson 2.0, has smoked marijuana for years and even puffed a joint during The Post’s interview. Although the 55-year-old had about a decade-long interlude in which he stopped usage, he resumed the habit in 1996 following the death of Tupac Shakur.

Tyson has also smoked weed with Snoop Dogg many times.

And, much like Snoop, Tyson has graduated to a point where he is unofficially allowed to light up wherever he goes.

“I go to a restaurant and just start lighting my joint up, and they don’t stop me!” he exclaimed.

Flair — who had asthma growing up but has since outgrown it — is not a smoker, but now enjoys edibles that help him fall asleep.

“Sometimes you use medication to sleep, especially when you move at the speed of light like I have my whole life,” Flair said. “Sometimes you’ve just got to get some rest. When the edibles became popular, I’ve actually tried them before Chad hooked up with me. They work!”

Tyson 2.0 products are currently available in retailers across eight states, with products launching Thursday in Delaware, Illinois, and Washington D.C., according to PR Newswire. 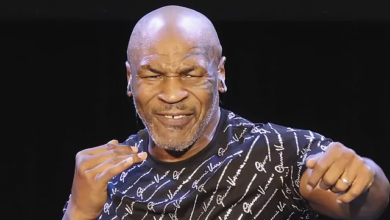 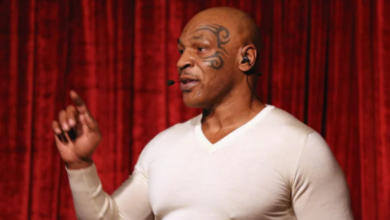 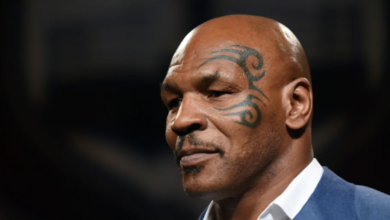