The 20-year-old fledgling boxer made his amateur debut earlier this month – a week after Wassabi fought fellow YouTuber Deji in his own ring bow. Both won decisions to start their careers, with Pacquiao defeating Andres Rosales at the Wildcard Boxing Gym in California where his dad famously trained.

Wassabi and Pacquiao, both of Filipino descent, were in talks to appear on the Creator Clash event on May 14 which will pit social media stars from YouTube and other platforms against each other in white-collar bouts. The fully amateur event will look to raise funds for the American Heart Association, and sees social media stars Idubbbz, Dr Mike and Harley Morenstein take to the ring for the first time.

However, talks broke down when it emerged that the YouTuber may have “bigger” fights on the horizon and began an advisory relationship with Jake Paul and Nakisa Bidarian of Most Valuable Promotions. Idubbbz, whose real name is Ian Washburn, announced that Wassabi was not to compete.

“We originally had Alex Wassabi vs Emmanuel Pacquiao Jr,” he posted. “But since Alex’s recent win, he has to spend time focusing on his bigger fights. He won’t be fighting in our event. But he will be there… Maybe we can have him be a ring-guy.”

Wassabi is currently rumoured to be facing Deji’s older brother and one of the biggest YouTube stars in the world; KSI, later this year. The British rapper last boxed in 2019 when he defeated Logan Paul, and has a long-standing rivalry with his American rival after the pair were initially slated to fight in 2018.

And that fight seems all the more likely after he was forced to pull out of the potential bout with Pacquiao Jr, and days later agreed to join up with Paul’s ‘Most Valuable Promotions’. There would have been issues with the weight class for the bout, given that Wassabi weighed in around 172lb for his last bout and Pacquiao Jr is said to be around 140lb outside of competition.

The promotion, who currently work with Paul and women’s boxing icon Amanda Serrano, posted on Instagram : “We are excited to announce that MVP & BAVAFA Sports will be advising Alex Wassabi on his boxing career.

“After a dominant win against Deji, Alex is now considering multiple options. We look forward to announcing Alex Wassabi’s next opponent in the coming weeks. Who do you think Alex should get in the ring with next?” 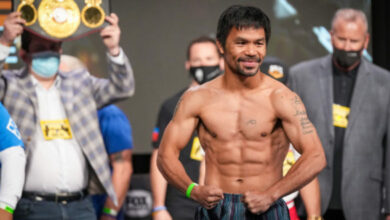 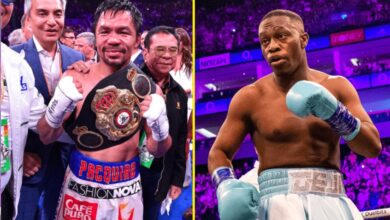 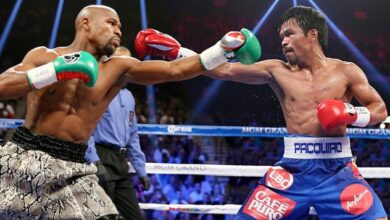