A few days after Will Smith, now, infamously shouted ‘Get my wife’s name out of your f****ing mouth’ to Chris Rock, Noelle Foley has wondered why her father’s name wasn’t in Undertaker’s during his Hall of Fame Speech.

The Deadman was inducted into this year’s WWE Hall of Fame class and as a result, he gave a speech about his career. It was a fantastic moment allowing Mark Calaway to cap off a fantastic 30-year career inside the ring.

But Noelle Foley took to Twitter afterwards to say she wished he would’ve mentioned her father Mick Foley and their matches together.

“That was a great speech, but I’m very surprised there was not one single mention of my dad and their legendary matches together,” she wrote.

“Obviously I understand it’s difficult to fit everything into one speech and remember every single person you want to mention. But it just would have been really nice to hear my dad’s name mentioned.”

Her tweets garnered a strong reaction from wrestling fans who feel that she shouldn’t have made Undertaker’s big moment about her father, but Noelle later joked about her father also missing an important shoutout during his Hall of Fame speech in 2013.

She later wrote, “To be fair, my dad did forget to mention my mom in his HOF speech”

Mick Foley And The Undertaker Have An Important History

Undertaker and Mick Foley had one of the greatest feuds of the Attitude Era of wrestling against each other with, perhaps, the defining moment of the whole thing being the King of the Ring 1998 match inside a Hell in a Cell structure.

During this match, Foley and Undertaker truly put their bodies on the line. Foley, who was Mankind at the time, was thrown off of the top of the catch landing through the announce desk. But, incredibly, the match didn’t end then and there.

After being stretchered out, Foley returned to the top of the cage and was then chokeslammed through it in a completely unplanned spot that left him legitimately unconscious. It was awesome to behold from a fan’s perspective, but completely accidental and incredibly dangerous for the performers. 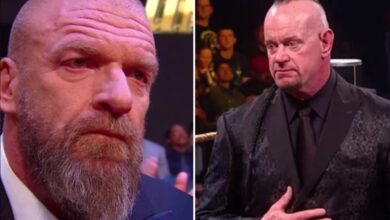 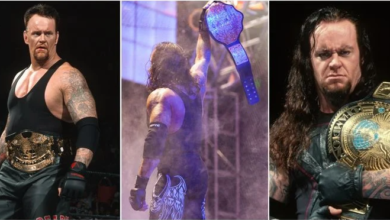 Why Did The Undertaker Never Work Well As A World Champion? 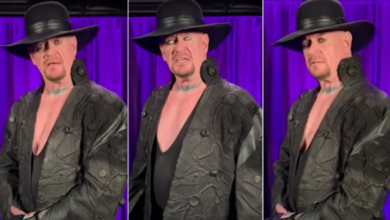