Cejudo got into a back and forth with McGregor last month after giving him pointers on a training video. McGregor has posted several videos of himself hitting pads at the Crumlin Boxing Club in Dublin as he continues to recover from a broken tibia.

Fans and fighters alike have weighed in on the footage, with Cejudo mocking his form in the videos. In now-deleted tweets, McGregor labelled Cejudo a “fat novice” and mocked him for the lack of knockouts he accumulated during his UFC career.

“The opening punches are the traps/feints/fakes,” McGregor replied to Cejudo. “You ever hear or see that before? Your little feints won’t draw me out, kid. But pump a few real shots you might get a response. You are a little fat novice with about 2 KOs at bantam. I’ve 20. Across 3 divisions. Quiet, you bum!”

Cejudo posted a video of himself discussing the ongoing feud with McGregor alongside ring legend Mike Tyson. Cejudo regularly appears on Tyson’s podcast ‘Hotboxin’, often serving as an interpreter for Spanish-speaking guests on the show.

“Chopping it up with Uncle Mike. [ Conor McGregor ] you’d be the easiest fight for the most money. I promise if we fight I’ll make sure red panty night as farts and skids all over them,” Cejudo captioned the video of him and Tyson speaking.

In the video, Tyson asked Cejudo: “What did he say, he wants to fight?”. The former two-weight UFC champion then replied: “He put a video of him hitting pads, but he’s got no set ups Mike. He throws naked, you’ve got to be able to have that twitch. You know what I’m saying, Mike?

Who should Conor McGregor fight in his UFC return? Let us know in the comments section below

“When you box Mike, you’re on that inside. This dude, he’s just throwing off the open. You’ve got to evolve and change the game, if not how are you going to become the champ again if you’re the same person?”

Cejudo retired from fighting after defending his bantamweight title against MMA veteran Dominick Cruz in 2020. ‘Triple C’ has hinted at a UFC comeback and wants a title shot upon his return, but Dana White has played down his chances and insists Cejudo is retired.

McGregor also wants a title shot upon his return to the cage. The Irishman has called out welterweight king Kamaru Usman in the hopes of becoming the first three-weight champion in UFC history. Usman has laughed off the call out and vowed to “murder” McGregor if they fought. 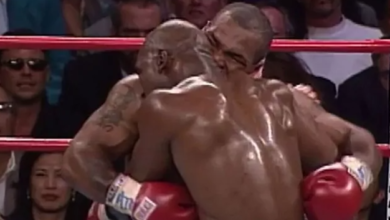 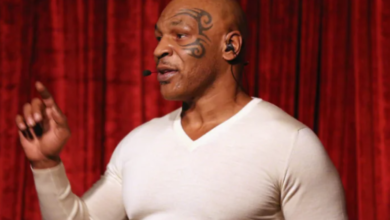