Floyd Mayweather was in no doubt that his super-fight with Manny Pacquiao back in 2015 would stand the test of time – and so it proved.

‘MayPac’ remains the most significant selling Pay Per View of all time on 4.6 million American PPV purchases. Worldwide the bout secured 5.7 million in total.

Crunching those numbers means Floyd Mayweather and Manny Pacquiao grossed almost $460 million in the United States and over $500 million across the planet.

At the time of the contest and with just days to go, Mayweather was in a confident mood. He knew just how big the fight was.

“I don’t have anything negative to say about Manny Pacquiao or Freddie Roach. People from different teams can say things. But when it comes down to it, it comes down to the two fighters,” Mayweather pointed out.

“I don’t focus on all the festivities going on. I focus on being the best that I can be. I’m doing what I’m supposed to do in the gym.

“I don’t ever say that ‘this is my toughest fight’ or ‘this is my easiest’ fight. I feel like Pacquiao is a competitor. Anything can happen in the sport of boxing.

“I always want to go out there and be at my best.

“I’ve broken records before. Are we going to do record-breaking numbers again? Absolutely,” he predicted.

Bob Arum, who Mayweather broke free from to branch out on his own, was involved in the clash alongside Pacquiao.

The Hall of Famer thought the battle would take boxing to new heights. Unfortunately, this wasn’t the case.

Just six years on, boxing struggles with its identity as YouTubers and former legends muddy the PPV waters.

Arum thought the interest was great, but little did he know about the future.

“This is a great promotion with two great fighters. I hope that this fight will help elevate the rest of boxing,” said Arum.

“Based on the interest in this fight, there has been increased interest in boxing as well, and that’s great.

“People have spent a lot of time during this event watching Manny train, but more importantly, watching Freddie teach.

“It’s great to see two guys on the same wavelength, working on the strategy and then working it out in the ring.”

Mayweather is still missed in the sport as Pacquiao begins an expected final year trading blows.

When the Filipino Senator leaves to pursue his Presidential dream, boxing could soon become unrecognizable to their era. 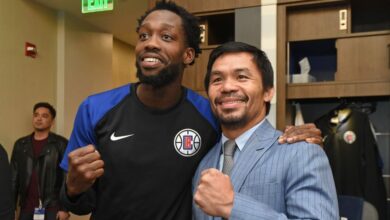 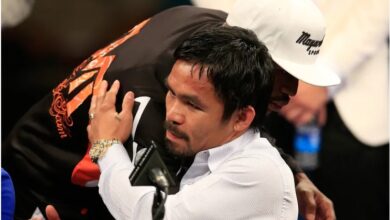 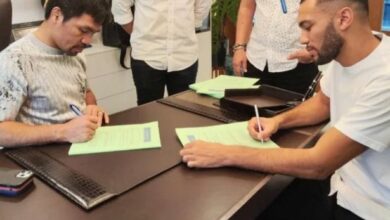