Mike Tyson is known for speaking his mind, but presenter Joe Rogan had a bit more than he bargained for on a recent taping of his renowned podcast.

‘The Baddest Man on the Planet’ is doing the media rounds to promote his comeback fight at the age of 54. Tyson’s appearance on ‘The Joe Rogan Experience’ is a key part of that.

Discussing all things fighting and his decision to return in his mid-fifties, Tyson made a mind-boggling admission that hitting people actually gives him a boner.

“Sometimes, periodically I struggle with the possibility I could hurt somebody. That sometimes it’s orgasmic.” Tyson explained to Rogan.

The UFC announcer was clearly taken aback and immediately questioned Tyson’s wording as he struggled with the response.

“Saying orgasmic. That’s a strange thing to say,” he said.

Tyson replied: “What does it mean when fighting (someone) gets you erect, what does that mean?”

It’s not the first time Tyson has come out with something of the unexplainable nature. His most famous quip to Lennox Lewis still causes debate to this day.

Back in the early 2000s before they eventually fought, Tyson went on live TV to say:

“I was gonna rip his heart out. I’m the best ever. I’m the most brutal and vicious, the most ruthless champion there has ever been. No one can stop me.

“There’s never been anyone like me. I’m from their cloth. There is no one who can match me. My style is impetuous, my defense is impregnable, and I’m ferocious.

“I want his heart! I want to eat his children! Praise be to Allah!”

Lewis would settle the argument with a stoppage of the troubled former champion. But back then, Tyson was in a bad place.

The ex-undisputed king looks in better shape now than he did in 2005 when he lost to the likes of Danny Williams and Kevin McBride.

Taking drugs before fights and not training properly didn’t help. The 2020 version of ‘Iron’ Mike is going smoke-free for a November 28 PPV battle with Roy Jones Jr. 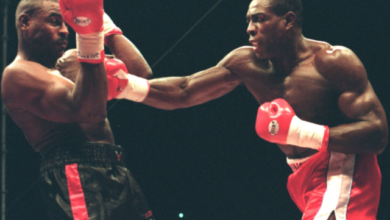 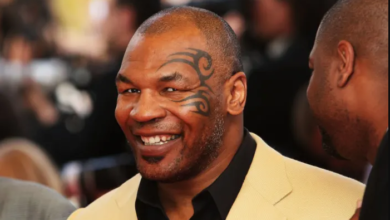 Report: Why Mike Tyson Was Spotted With A Walking Cane 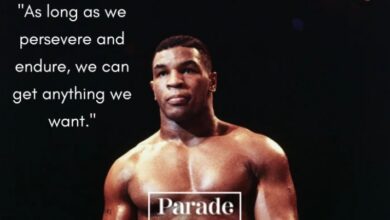 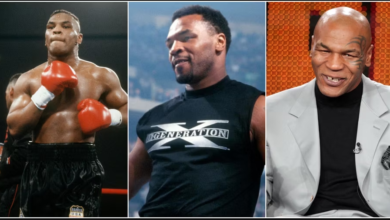