Bully Ray, better known to WWE fans as Bubba Ray Dudley, has revealed his admiration for The Undertaker after he refused to kick out of Ray’s signature finishing move the 3D.

Prior to The Great American Bash, The Undertaker took on Bubba Ray and D-Von Dudley in a Concrete Crypt match, with ‘Taker eventually coming out victorious.

He said, as per ewrestlingnews: “Nobody kicked out of the 3D. If we hit the move, maybe there was a save or a pull-out, nobody kicked out, and he said, ‘Nope, you protected it for so long. We’re not gonna do it if it doesn’t mean anything.’ I respect him so much for that.”

The Concrete Crypt match ended with The Undertaker sealing his manager Paul Bearer in a tank of cement.

After three years, the Dudley brothers left the WWE, and in 2011, after defeating Amazing Red, he adopted the name Bully Ray.

In 2015, Bubba Ray Dudley made a surprise return to the company in the Royal Rumble match, and was eventually eliminated by Bray Wyatt.

Bubba and D-Von would then return occasionally over the next three years, in which they would spark a rivalry against the Wyatt family.

The Brothers would be inducted into the WWE Hall Of Fame class of 2018.

On his return to WWE, he said: “I don’t care if I’m out there for one minute or I win the damn thing, I’d love to be a part of it. Kept it extremely hush-hush. WWE went out of their way to keep it a surprise, I didn’t tell anybody. I think maybe I told D-Von like an hour beforehand that I was going to be there.” Could Seth Rollins’ WrestleMania Moment Really Be Against The Undertaker? 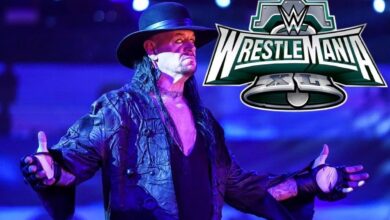 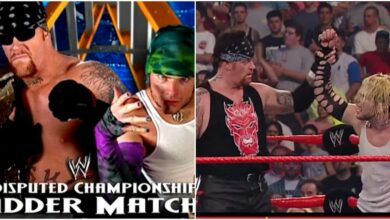 “Make Yourself Famous!” How Jeff Hardy Vs. The Undertaker Made The Charismatic Enigma A Legend