When Manny Pacquiao took on Floyd Mayweather in 2015 it was a fight the world had wanted for over half a decade. Many believed the fight happened at least four years too late.

Pacquiao was 36 at the time. Mayweather was 38 as fans looked forward to at least getting some version of the greatest fight of this generation.

If you glance back now, those ages were not as old as they seem. Pacquiao is still a champion at 41 and Mayweather could come back and whip most people’s backsides right now at 43.

But it was the manner of the performance from Pacquiao that left everyone crying out for more.

So why didn’t they do it again after such a drab effort in reality and a lack of excitement in the fight?

That, I’m afraid, is set to remain a mystery.

An injured shoulder ended up being the most-talked-about thing from the fight. Pacquiao was disbelieved by some but explained what happened post-fight.

“In this training camp we thought about planning to postpone as for two weeks I didn’t train,” said Pacquiao. “I couldn’t use my right hand.

“We filed the commission to see if we could use a shot to numb my shoulder. But we understand that we are not allowed so we didn’t.

“Two weeks before the fight, one week before the fight my shoulder was getting better, but not really one hundred percent recovered. At least I could use it although something was wrong.

“We went for an MRI and there is a tear in my right shoulder.

“I am happy though that the fight was still good even though I couldn’t use my right hand so much. I had to back off from the third round because it hurt.

“But I didn’t complain in the ring. I didn’t want to make excuses.”

Promoter Bob Arum added: “We filed papers with USADA so the Commission was well aware that Manny had a shoulder injury. It happened a few weeks ago and apparently it was an old injury.

“If you look at the stats, Manny Pacquiao threw 190 jabs and only landed 19. I know credit has to go to Mayweather who is a great defensive fighter, but that tells you something is wrong.” 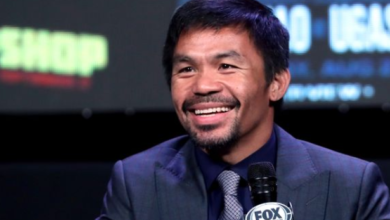 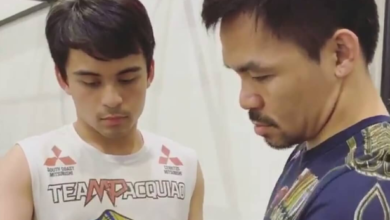 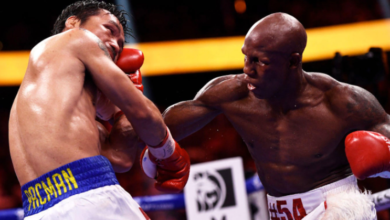