Manny Pacquiao has a slim to no chance of becoming the next President of the Philippines after a lengthy campaign started in 2021.

Seeing his odds widen with bookmakers, Pacquiao is now a massive +5000 shot, up from a previous mark of +1200.

The former Pound for Pound king looks sure to miss out on the post versus fellow campaigner Bongbong Marcos.

Manny Pacquiao’s campaign manager Salvador Zamora gave a resounding “No. He wants everybody to run and let the people choose,” when asked by Rappler this week if the ex-boxing was ready to withdraw from the running.

On a phone call between Pacquiao and Senator Lacson, plus whether the ‘Pacman’ would consider walking away, Zamora added: “Well, he really wanted to go because he promised Senator Lacson that he would be there.

“But this was talk between Senator Pacquiao when he was in [General Santos City], and Team Pacquiao was here mostly in Manila, like me.

“If we had time to advise our candidate, we would have advised him to stay away from it. But that was his decision.

“Just as he (Pacquiao) doesn’t want to suggest to back out, he also wants others willing to run. That’s a decision made long before anything else.

“The results speak for themselves. The outcome received a lot of flak. I didn’t hear anything positive from the press [conference]. Even the venue was a subject of [criticism], you know, the wrong choice.

“I don’t believe so because he lost that opportunity. And besides, I don’t know how much he knew about that joint statement,” concluded Zamora.

At present, Pacquiao will almost certainly lose unless bookmakers lose a lot of money. Anyone with cash would jump on those odds if the Senator were on course to take his country’s top job.

In all likelihood, it will be Marcos that prevails in early May. Manny Pacquiao will have to bid his time to come again.

The decision to end his boxing career, if only for a few months, now looks to be one he could reverse this summer.

The views expressed in this article are the opinions of Phil Jay. 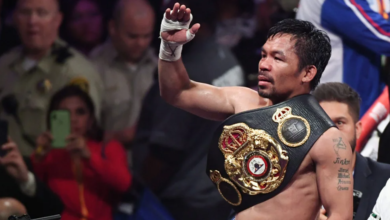 FIGHTER OF THE DECADE: FANS UPROAR AT DECISION TO OMIT MANNY PACQUIAO 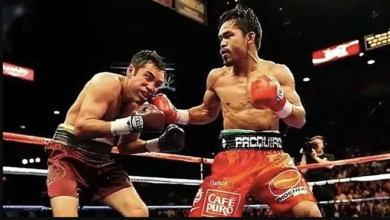