MANILA, Philippines — Sen. Manny Pacquiao on Saturday night urged Filipinos to rally behind him before the May 9 elections as he leads a revolution to end poverty in the country and uplift the lives of the poor.

During a prayer rally at the Pinaglabanan Shrine in San Juan City, Pacquiao called on people from Luzon, Visayas and Mindanao to shift to his side and join him in his crusade against poverty and corruption in government.

“This is my fight for poor people. This is a revolution of the poor for a better tomorrow,” Pacquiao said in Filipino in his speech.

Pacquiao, who rose from poverty to become one of the world’s boxing icons, reiterated his promise to put all corrupt government officials in jail as he blamed them for the country’s problems.

Unlike his rivals for the presidency who are always making promises, Pacquiao said he has been helping poor people even before he entered politics.

“If you are experiencing hardships, suffering, rally behind Manny Pacquiao. This is your chance,” he said.

“I’m only asking for six years. You will see the difference,” Pacquiao added.

The boxer-turned politician promised to roll out his free housing program for all poor Filipinos in the country.

He also vowed to increase the pension of senior citizens from P500 to P2,000 with free hospitalization.

Organizers of the prayer rally dubbed “Gathering of Faithful Believers” said the crowd peaked at 12,383 as of 9 p.m.

Pacquiao’s wife, Jinkee, appealed to Filipinos to rally behind her husband just like when he fought for the country in the boxing ring

“I hope that how you supported Manny in his boxing fights would be the same kind of support you can give him now,” she said in Filipino.

Also present during the rally were some of Pacquiao’s allies – party mate Sen. Aquilino Pimentel III and local son JV Ejercito who is seeking another term in the Senate. 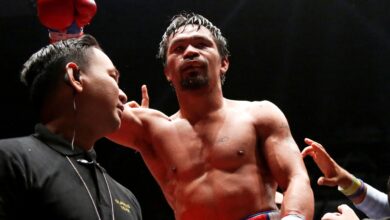 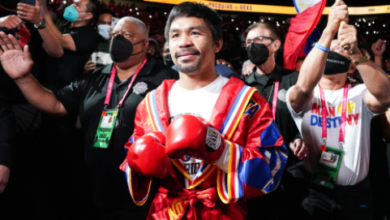 ‘Hell no’ – Amir Khan expects Manny Pacquiao to come out of retirement after contact from Filipino legend’s team, but insists he won’t be the opponent 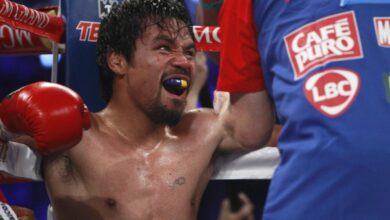