Boxing legend Manny Pacquiao is set to run for President of the Philippines in 2022, a signal that the eight-weight champion has only one year left in the sport.

The 41-year-old will need time to prepare for his bid to lead the country, meaning the second half of 2021 is likely the last time Pacquiao will box professionally.

Current President, Rodrigo Duterte, has already joked that Pacquiao would follow him as they celebrated his 39th birthday.

“I told him while we were alone, I want you to become president,” said Duterte.

“The determination you have shown. The humility embodied in the glorious triumph is worthy of emulation.

“Continue to inspire as we lead them towards a more prosperous life,” he added.

Duterte did somewhat backtrack on those sentiments sometime later. He told Pacquiao to think long and hard about whether to run or not.

Pacquiao has long been tipped to eventually take the highest honor on a political level. Ever since he stepped into the political arena in 2007, Pacquiao has been supported by his fellow citizens and fans.

Making Congressman in 2010, Pacquiao became Senator in 2016, a direct route to Presidental Office. The time now seems to be right for that final step to be taken.

The current WBA welterweight champion will be 42 by the time his career ends, with only one or two fights left due to the coronavirus outbreak.

Out for almost a year, Pacquiao should be able to secure a return for November or December. If that’s possible, a final bout could be on for between April and July of 2021.

Several opponents of the highest quality have been linked thus far. The likes of Errol Spence, Danny Garcia, and Terence Crawford.

The one everybody wants, Floyd Mayweather looks to be firmly off the table for Manny Pacquiao.

Ain’t gonna be no rematch. 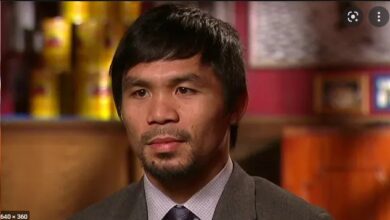 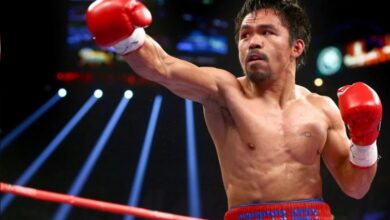