Mike Tyson has been married to his third wife, Lakiha Spicer, since 2009, with the two first crossing paths when the Spicer was 18 years old.

Spicer, now 44, met the controversial boxer after one of his fights, according to The Sun, with promoter Don King initially warning Tyson, who will turn 56 in June 2022, to “stay away from her.”

Their relationship endured challenges, however, as Spicer was sentenced to prison in 2008 after being convicted of fraud. She discovered she was pregnant with Tyson’s child a week before she began her sentence.

Spicer served six months behind bars and gave birth shortly after her release, reconnecting with Tyson who was struggling with addiction. Tyson said getting involved with Spicer was “a life-saving experience.”

The couple’s 2009 union marked Spicer’s first marriage and Tyson’s third. He wed actress Robin Givens in February 1988, which ended eight months later when she filed for divorce from him amid allegations of abuse. Tyson was later married Monica Turner from 1997 to 2003.

Tyson and Spicer have two children together, a daughter named Milan, 14, and an 11-year-old son named Morocco, who was born in January 2011.

Though Tyson and Spicer will mark 13 years together in June 2022, the boxer found himself at the center of a plane controversy in April, when he was filmed repeatedly punching an airline passenger.

Tyson is said to have engaged with the passenger before the incident but apparently grew agitated after the fellow flyer — who is reported to have a long criminal history — failed to leave him alone, according to TMZ. 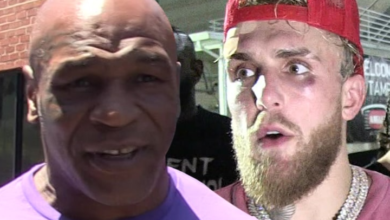 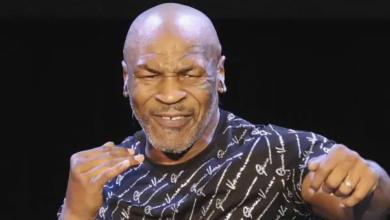