Ice-T and Gene Simmons are among those who shared support for Mike Tyson over the weekend, after the former heavyweight champion repeatedly punched a passenger on a flight bound for Miami.

As reported by TMZ, Tyson was embroiled in the altercation last Wednesday (April 20) when a punter sat behind him on the JetBlue flight started loudly heckling and antagonising the boxer. Footage obtained by the gossip site shows Tyson landing several blows on the man – later identified as 36-year-old Melvin Townsend III – who appears bloodied after the battering.

Tyson’s representatives said Townsend was acting “aggressive” towards the boxer – who was en route to Miami for a speaking engagement at the Benzinga Cannabis Conference – and claimed that in addition to verbally “harassing” him, Townsend “threw a water bottle at him while he was in his seat”.

In a subsequent statement shared with TMZ, the San Francisco Police Department said officers detained two people alleged to be involved in the altercation, however one of them – believed to be Townsend, having been treated for injuries – “provided minimal details of the incident and refused to cooperate further with the police investigation”.

In the days since the incident took place, a handful of celebrities have come out in defence of Tyson’s conduct. Social media personality Jake Paul was among the boxer’s earliest supporters, Tweeting: “If you’re being heckled in public like Mike Tyson was you should legally get a hall pass to beat someone’s ass. This generation thinks they can get away with anything.”

Simmons echoed Paul’s sentiment, Tweeting in response: “Agreed!” Ice-T, meanwhile, shared a string of his own takes on the matter – he called Townsend a “clownass” who “forgot he was NOT behind his keyboard”, and opined that “the problem is nowadays, [motherfuckers] think they WON’T get punched in the face…”

In a follow-up Tweet, the Body Count frontman said he’d be in a much worse situation if his online critics dared to heckle the multi-hyphenate the way they do online: “If Dumbfucks said the type of Shit they say to me on HERE Face to Face….. I know I’d be in Prison.”

Also weighing in was Poison drummer Rikki Rocket, who said that he “[doesn’t] condone violence”, he believes “our society has enabled people to mouth off, [harass] and get away with it thinking they can just make money off of a lawsuit if it turns physical”.

Last week, Simmons boldly claimed that artists like Beyoncé, Bono, Mick Jagger and Bruno Mars wouldn’t be able to perform in his famously over-the-top costumes, due to their excessive weight and unwieldiness.

Meanwhile, T recently confirmed that Body Count have begun recording their eighth studio album – the follow-up to 2020’s ‘Carnivore’, tentatively titled ‘Merciless’ – and that it would be a much heavier affair for the rap-metal titans. WATCH: Mike Tyson Destroys Opponent With an Uppercut From Hell in His First-Ever Televised Fight 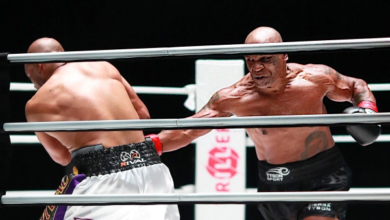 Mike Tyson, 55, walks away from fight with Jake Paul after talks with YouTuber 30 years his junior break down 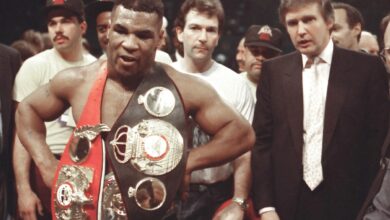