In a survey published just one week before the May 9 polls, Pacquiao ranked third, with a voter support of 7%. The boxer-turned-politician gained one point from his rating in March.

Moreno dropped to fourth place after suffering a four-point loss.

UP Political Science professor Jean Franco told Philstar.com that Pacquiao’s sincerity and consistency during the campaign could have contributed to this development.

“The presscon of Isko also turned people off,” Franco added.

The survey period from April 16 to 21 covered the Easter Sunday press conference at the Peninsula Manila Hotel, where the Manila mayor called on Vice President Leni Robredo to withdraw her candidacy as he criticized attempts to get other aspirants quit the high-stakes presidential race.

Pacquiao was supposed to participate in the press conference also attended by Sen. Panfilo “Ping” Lacson and former Arroyo Cabinet member Norberto Gonzales, but he missed it due to flight delays.

Some volunteer groups that backed Domagoso recently announced their support for Robredo.

Pacquiao’s latest numbers in Metro Manila, Balance Luzon and Visayas were unchanged, but he gained three points in Mindanao.

Domagoso dropped by two points in the capital region and in Balance Luzon, by five points in Visayas, and by six points in Mindanao.

Former Sen. Ferdinand “Bongbong” Marcos Jr. and Davao City Mayor Sara Duterte-Carpio remained the top pick for president and vice president of many Filipinos. Marcos maintained a voter support of 56%, while his rival Robredo dropped by one point to 23%.

Lacson still placed fifth with only voter support of 2%. 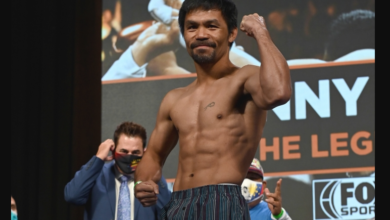 Manny Pacquiao Admits: My Boxing Career is Already Over 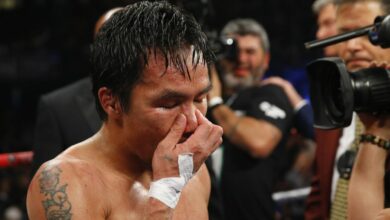 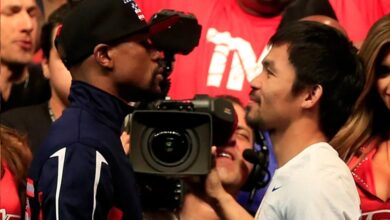