AJ Styles wasn’t certain his Boneyard Match against The Undertaker would be The Deadman’s last.

This year’s WrestleMania will be unlike any other we ever see. Even if the pandemic continues to prevent large gatherings four months from now, WrestleMania 37 will at least have virtual fans in place. WrestleMania 36 was a two-night event and its matches took place in an empty Performance Center. Well, other than the show’s two cinematic matches.

One of those cinematic bouts was a Boneyard Match between AJ Styles and The Undertaker. Many fans have picked it out as the best match of the weekend, and could well be a Match of the Year for a lot of fans. It was very well done, and of all the cinematic matches WWE has done before and since it might well stand tall as the very best.

What many fans might not have realized while watching the Boneyard Match is that it would be The Undertaker’s last. In fact, Styles didn’t realize that as he was putting the match together and claims The Undertaker didn’t either. The Phenomenal One even revealed to talkSPORT that the two of them talked about a month later and the possibility of a rematch came up.

“I literally called him a month after WrestleMania and said ‘I need to know if you’re done.’,” Styles revealed. Apparently, Taker didn’t answer. “I think he was afraid I’d talk him into one more,” Styles joked. “We talked, but it was right. He did it the right way, he did it on his own terms. He didn’t have to do it because of an injury or something else.”

It would have been cool to see Styles and Undertaker do it again in front of fans, but as the two-time WWE Champion quite rightly points out, there’s no way of knowing when that will be able to happen. The Undertaker is clearly at the end of his career and doesn’t want to wait an indefinite amount of time for that one last match. The Boneyard Match was the perfect ending to an amazing career, and we hope he doesn’t risk that by being talking into one more match. 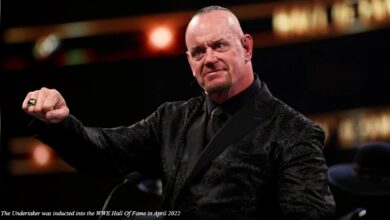 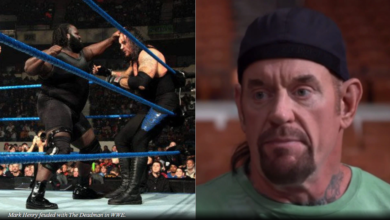 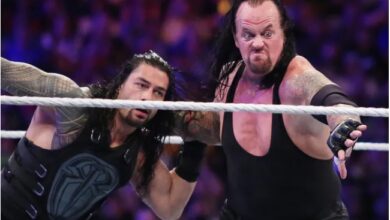 WWE’s Undertaker: The Modern Phenom PCS Statue is up for Pre-Order