WWE legend and wrestling Icon, The Undertaker, was full of praise for The Beast Incarnate Brock Lesnar in a recent interview. The Deadman, who retired from wrestling late last year, was a guest on Joe Rogan’s The Joe Rogan Experience, where he discussed Brock’s move from UFC to WWE.

Lesnar was the one who ended Taker’s WrestleMania streak and, while the former superstar has said he thought Brock was the wrong person booked to bring an end to the remarkable run, he alluded to the former MMA fighter’s incredible athleticism, especially given his size.

“He’s a freak athlete,” he said. “Oh my goodness [Brock Lesnar’s combine numbers], it’s ridiculous. He’s one of those guys that defy, you know, he was 260 pounds but his shot was like a 160. You can’t believe somebody his size can move the way he can move. He’s a freak athlete.”

Taker also revealed a funny nickname he had for Lesnar.

“I used to call him The Vanilla Gorilla,” he added. “He was. He was just a freak, freak dude.”

That is actually pretty good, although we reckon there isn’t many a superstar who would get away with calling Lesnar The Vanilla Gorilla.

While Brock’s transition from UFC to WWE was a remarkable success, the other way around didn’t work out for another star. CM Punk had two fights with the MMA promotion, both losses. He lost via a rear naked choke to Mickey Gall in 2016 and was knocked out pretty easily by Mike Jackson in 2018.

The second fight would prompt UFC president Dana White to state Punk was done with the company.

“It should be a wrap,” White said. “The guy’s 39 years old. I love the guy. He’s the nicest guy in the world. We gave him two shots, and he had a lot of heart tonight in this fight, and yeah, I think he should call it a wrap.”

The Deadman wasn’t sure as to why Punk opted to go pro with MMA when he did.

“I didn’t understand it,” Taker told Rogan. “He had an issue with the company. Sometimes people just wanna… they need a new challenge. But he was the top dude, he was a top guy for the company. Sometimes, like I said, I don’t know enough because I wasn’t around enough at that time, but I don’t know that he had enough background [to fight in UFC]. It was kind of late in the game, I think, for him to make that transition.” 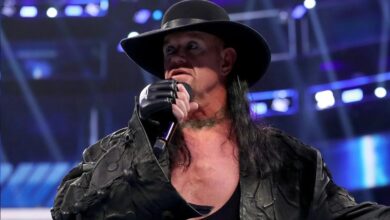 Undertaker Thinks Rumored WWE Change Would Be ‘A Good Move’ 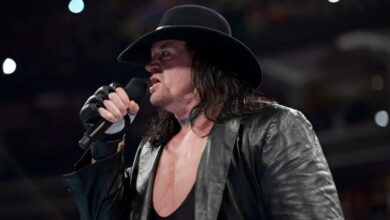