Manny Pacquiao is one of only a handful of eight-figure fighters in boxing and probably the last who could command a nine-figure check for the right fight.

As the Filipino watches the final chapter of his career tick away due to a viral crisis, it could mean a phone call to an outspoken Irishman in order for Pacquiao to sign off with a bang.

Conor McGregor, the man who pocketed a nine-figure purse to face Pacquiao’s rival Floyd Mayweather, is still on the table.

Despite announcing his retirement, the former UFC champ-champ would jump at the opportunity to box Pacquiao on Pay-Per-View.

The pair are only two opponents who were able to secure over four million PPV buys, alongside Mayweather – of course.

With Mayweather out of the picture, Pacquiao vs McGregor represents last chance saloon for both to capitalize on that fact.

‘The Notorious’ has blamed a lack of monetary incentive in the past to face Pacquiao. But on the back of making over $120 million to battle Mayweather, a 50-50 offer would be impossible to turn down.

Former pound for pound number one Pacquiao is on the lookout for a huge fight as the 41-year-old approaches a year out since his last battle.

The pair have already made very public ‘social media contact’ on more than one occasion. Just as McGregor and Mayweather did to put the feelers out on their collision.

Positive vibes from Pacquiao and his fans have been evident from the outset. All on the ‘Pacman’ side of the fence are sure victory would follow an unbelievable cash boost.

Whichever way you look at it, Pacquiao v McGregor sells. Even if not in the manner the Mayweather fight did. At the very least to the extent of making a couple of million Pay-Per-View buys.

This means at least an eight-figure check for both participants and would be more than enough for both to sail off into the sunset.

UFC boss Dana White could even take the fight to a UFC show. Potentially the new Fight Island, meaning Pacquiao vs McGregor would be able to happen in the summer.

McGregor fanatics would certainly believe their fighter would have a better chance of causing an upset against Pacquiao, even if still slim.

Other than Pacquiao, McGregor would have to look into the possibility of going back into the UFC ranks, something he seemingly wants to avoid.

If he is to return from exile, Manny Pacquiao should be the top target. And a solid alternative to attempts at becoming a three-weight UFC title-holder in the foreseeable future. 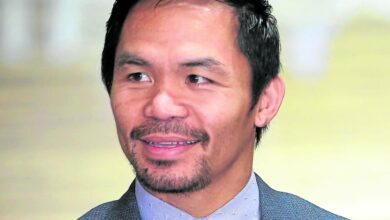 Pacquiao vows to work harder than a carabao 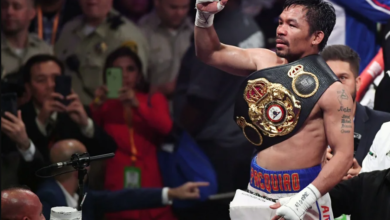 Did Manny Pacquiao Ever Fight in the Olympics? 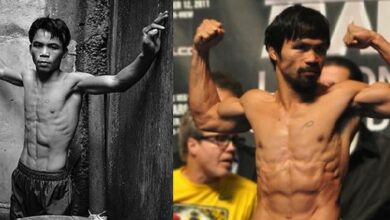