“My thought has always been that we are the dark horse in this 2022 elections. You won’t be the dark horse if you’re number 1 or number 2 but at number 3 that’s really the dark horse position. You’re not expected to win but you can expect perhaps an upset in frontrunners,” Pacquiao’s campaign manager Buddy Zamora said in a television interview.

Marcos retained his March poll rating of 56 percent while Robredo got 23 percent.

Pacquiao overtook Isko Moreno for the third spot with 7 against 4 percent, and Lacson placed fifth with 2 percent.

The national survey, based on a sample of 2,400 registered voters aged 18 years old and above, has a ± 2 percent error margin at the 95 percent confidence level.

“Yes, these are just numbers of the survey but we are standing on two legs. We have a massive libreng pabahay (free housing) campaign, where we promise free housing to all those who would need a house in case we win,” Zamora said when asked if Pacquiao believes he could pull a win on May 9.

He said Pacquiao’s camp expects that about 12 million would vote for the senator based on the 35 million application forms they distributed for the housing program.

The camp, he said, is also banking on the support of the Christian community.

“We expect the winning vote to be somewhere around from 16 million to 20 million, I think these numbers will make out for the winner of the presidential elections like President Duterte won on 16.8 million in 2016,” he said. 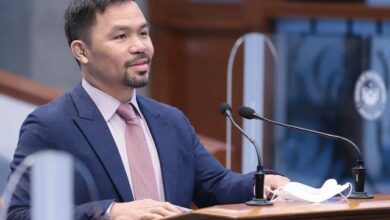 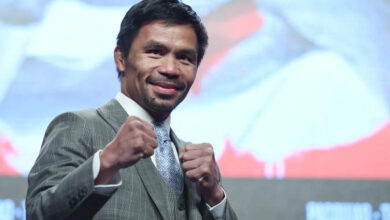 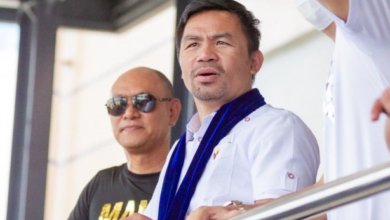