One of the greatest boxers of all time and the only man to hold world titles in eight divisions, Manny Pacquiao accepted the nomination of his political allies during the national assembly of the faction he leads in the ruling PDP-Laban party.

In 2022, Philippines might just be in for its closest Presidential contest, now that eight-time boxing champion Manny Pacquiao has entered the fight.

Incumbent Rodrigo Duterte is barred from another term but has been picked by a rival party faction to run for vice-president.

Previously perceived as a shoe-in for the top job, Pacquiao entered the presidential race as the underdog after a fall-out with President Rodrigo Duterte, who dumped the athlete-turned-senator as his party’s candidate in favour of a closer ally.

One of the greatest boxers of all time and the only man to hold world titles in eight divisions, Pacquiao accepted the nomination of his political allies during the national assembly of the faction he leads in the ruling PDP-Laban party, days after a rival faction nominated Duterte’s longtime aide, Christopher “Bong” Go, as its presidential candidate.

“I am a fighter and I will always be a fighter inside and outside the ring,” Pacquiao said in a livestreamed speech during the assembly. “I am accepting your nomination as candidate for president of the Republic of the Philippines.”

Pacquiao was born in Kibawe, Bukidnon and raised in General Santos, Philippines. At the age of 14, Pacquiao moved to Manila and lived on the streets, worked as a construction worker and had to pick between enduring hunger or sending money to his mother.

“To those asking about my capabilities: Have you ever gone hungry? Have you ever lacked food on the table and begged from the neighbours or waited for leftovers at an eatery?” Pacquiao asked. Manny Pacquiao has an amateur record of 60–4 and a record of 62–7–2 as a professional, with 39 wins by knockout. Boxing historian Bert Sugar ranked Pacquiao as the greatest southpaw fighter of all time. In 2020, Pacquiao topped the Ranker’s list of best boxers of the 21st century.

In one of his most iconic interviews with China Daily, he had said, “Many of you know me as a legendary boxer, and I’m proud of that. However, that journey was not always easy. When I was younger, I became a fighter because I had to survive. I had nothing. I had no one to depend on except myself. I realized that boxing was something I was good at, and I trained hard so that I could keep myself and my family alive.”

Over the course of his career, he has defeated 22 world champions and has been longest reigning top-ten active boxer on The Ring’s pound-for-pound list from November 2003 to April 2016.

Pacquiao has said he is considering retiring from professional boxing following a loss in his most recent bout to a Cuban opponent. Manny Pacquiao speaks during a national convention of his PDP-Laban party in Quezon city, Philippines on Sunday Sept. 19, 2021. (Manny Pacquiao MediaComms via AP)

How his political career started

In 2007, Pacquiao announced his campaign for a seat in the Philippine House of Representatives to represent the 1st District of South Cotabato province running as a candidate of the Liberal Party faction under Manila mayor Lito Atienza. He was, however, defeated by the incumbent representative. In 2009 again, Pacquiao announced that he would run again for a congressional seat, but this time in the Sarangani province. In May 2010, he was elected to the House of Representatives in the 15th Congress of the Philippines and was re-elected again in 2013.

On October 5, 2015, Pacquiao formally declared that he was running for senator under the United Nationalist Alliance party of vice-president Jejomar Binay. On May 19, 2016, Pacquiao was formally elected as a senator by the Commission on Elections. Pacquiao garnered over 16 million votes, landing 7th among 12 new members of the Senate.Also read |What is the future of democracy in the Philippines?

In the initial days of him being the Senator, he notably aligned himself with the Duterte government. He stood by Duterte through the worst controversies, and became their party’s president last year. Duterte even once called Pacquiao “the next president of the Philippines,” and he was widely expected to become the administration’s bet when Duterte’s single six-year term ends in 2022.

However, his relations with Duterte took a hit when he said that the President’s response towards China’s claims in the South China Sea was lacking. Pacquiao hit out at Duterte’s administration, currently mired in a corruption scandal over millions of dollars’ worth of allegedly overpriced and illegal purchases of medical supplies for the pandemic.

Eventually, Pacquiao lost his position of party president of PDP-Laban on July 17 to the Secretary of Energy, Alfonso Cusi, after the latter’s faction called for a vote. Manny Pacquiao looks on from his corner during a boxing match in 2018. (Reuters Photo: Lai Seng Sin)

What are Pacquiao’s prospects?

Pacquiao has been building his campaign around his personality and that puts him in the same league as traditional politicians, undercutting his promise to bring change. His narrative could also distract voters from his less-than-stellar performance as a lawmaker, and his lack of experience in an executive post. Critics also point to a series of remarks that could divide voters. Citing his Evangelical Christian faith, Pacquiao has pushed for the death penalty, opposed divorce and equal marriage, and made homophobic remarks.

However, the question remains: Does Pacquiao have it in him to win the Presidential polls? Although opinion polls show that most households include him among personalities Filipinos are considering for president, he trails the frontrunners by a considerable margin. The polls have been topped consistently by Duterte’s daughter, Sara Duterte-Carpio. 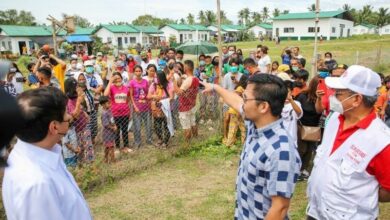 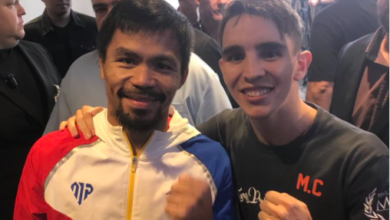 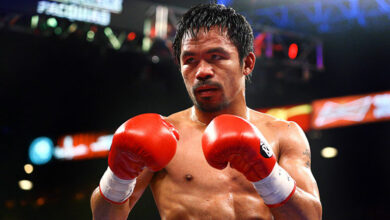 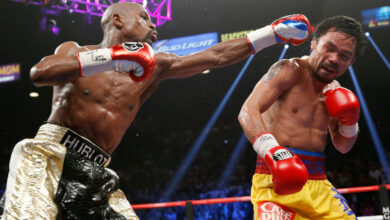