Anthony Joshua has explained he had to use the name on his passport in order to launch his boxing career after Dillian Whyte accused him of being “fake” in 2015.

Joshua has been frequently hailed as ‘Femi’ by British rivals Whyte and Tyson Fury throughout his boxing career, a moniker which stems from his name ‘Oluwafemi’. The British star feuded with the ‘Body Snatcher’ in the build-up to their ring meeting, where Whyte accused Joshua of being “fake” by not using his ‘real name’.

Whyte slammed his rival during an interview with iFL TV in 2015, claiming: “The guy is fake, he doesn’t even use his real name. What is his name? His name is Femi. His name isn’t Anthony, his name is Oluwafemi. This man never uses his birth name come on man. I have a friend in a high place that tells me everything.”

But the former two-time heavyweight champion has since explained how he was addressed as ‘Femi’ throughout his childhood and is proud of his Nigerian heritage. “It was interesting because in our house it was very cultural towards Nigerian heritage,” Joshua said during a Q&A with the Oxford Union. “I wasn’t born in Nigeria but I knew I was Nigerian, through family and the name Femi.

“It is Anthony Oluwafemi Olaseni Joshua, but all through my youth I was known as Femi which was quite a unique name where I grew up. It was only when I started boxing that you had to go through the name on your passport but I always understood my Nigerian heritage.”

Joshua has maintained pride in his Nigerian heritage and recently carried a Nigerian flag with Israel Adesanya to welcome Lawrence Okolie to the ring for his victory over Michal Cieslak. The British star held a fiery rivalry with Whyte ahead of their grudge match for the British and Commonwealth titles.

Their rivalry continued between rounds in their fight, with Whyte swinging for Joshua in his corner after being left unhappy with a late punch. Both teams became heavily involved in the brawl, but the pair have since been able to shake hands and move on from their encounter which Joshua won by stoppage.

The pair have since bumped into each other after Whyte’s recent defeat to Fury, where the heavyweight contender claimed the pair agreed to a rematch. “Run in to my old foe Anthony Joshua talking about the rematch in the future and about finally settling the score once and for all,” Whyte wrote in an Instagram post. “But first we need to get back to winning ways.”

Joshua will first need to score revenge victory over Oleksandr Usyk in his upcoming rematch which will take place in Saudi Arabia this summer. Whyte believes Joshua can turn around his fortunes against the Ukrainian but believes it is a “must-win” to revive his heavyweight career. 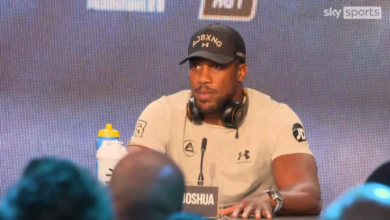 Anthony Joshua vs Oleksandr Usyk rematch: What next for the winner? Robert Helenius demands mandatory shot 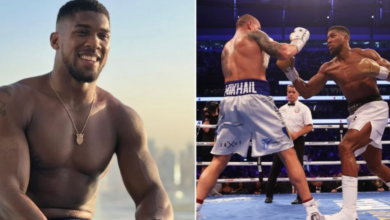 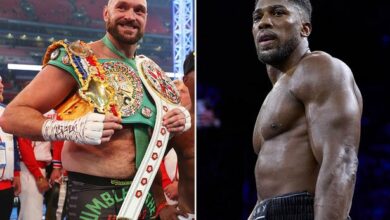 Anthony Joshua ranked No.1 despite two defeats as Tyson Fury misses out 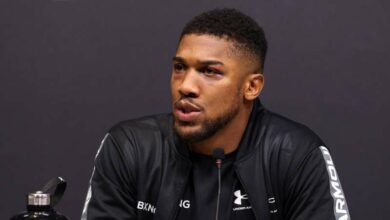