Emmanuel Dapridran Pacquiao was born on December 17th, 1978 in the small Philippine municipality of Kibawe, Bukidnon. Kibawe is located in the province of Bukidnon. Before his parents divorced while he was in the sixth grade, he spent his childhood living with his mother and father and his six siblings. Pacquiao got his start in the fight game at an early age, and he credits studying footage of Bruce Lee and Mohammed Ali for his interest in the sport.

Because of the financial struggles that his family through, he was unable to finish his high school education. Pacquiao started boxing when he was 14 years old, the same year that he moved out of the family home to assist his mother in providing for his brothers. He has mentioned that he began boxing in order to live while he was living on the streets since it was something that he knew he was excellent at and could do well.

Pacquiao turned professional when he was 16, despite the fact that he had secured a berth on the Philippine national team when he was only 14 years old. The government covered his accommodation and board costs, and during his time as an amateur, he racked up a record of 60 victories and 4 losses.

When Manny Pacquiao was 16 years old and 4 feet 11 inches tall, he weighed 98 pounds and had a fighting weight limit of 100 pounds. He later revealed that in order for him to compete, he had cheated by putting weights in his socks during the weigh-ins. He defeated Edmund Ignacio in his debut professional light flyweight fight and came out on top.

The first time he competed at featherweight, which was in 2003, he defeated Antonio Barrera through technical knockout in the eleventh round. Pacquiao went up to the super featherweight division in 2005 so that he could fight Erik Morales at that weight. In spite of the fact that he had previously been defeated by his adversary, he was victorious in 2006. In 2006, Pacquiao prevailed over Morales once more to regain his championship after successfully defending it against a number of other competitors.

In 2008, Pacquiao competed in the lightweight class for the fifth time and won the title there. This victory gave him his fifth world championship. After reaching 148 pounds and moving up to the welterweight division, he defeated Oscar De La Hoya in the same year. This victory came after he had gained weight to reach that weight class. Pacquiao made the step up to the light-welterweight division in 2009 in order to compete against Ricky Hatton.

As a result of his victory, he is now the champion of all six divisions. After resuming his career at welterweight, Manny Pacquiao began looking ahead to a bout against Floyd Mayweather as his next potential adversary.

Pacquiao continued to battle a variety of opponents over the course of the following five years, gaining even more belts in the process. This was despite the fact that discussions with Mayweather were originally unsuccessful. The bout between the two took place in 2015, and it was decided by a controversial unanimous decision that Pacquiao was the victor. Pacquiao came back to professional boxing with a series of additional victories after briefly retiring after the bout, but Mayweather declined to fight him again.

There have been around 20 million pay-per-view purchases made for one of Manny Pacquiao’s events. A total of about $1.3 billion in income was generated by his 25 pay-per-view fights combined. He finished the year 2015 as the athlete with the second-highest salary in the world.

In 2007, Manny Pacquiao made his initial bid for a seat in the House of Representatives of the Philippines but was unsuccessful. After this, in 2010, he ran for office again, but this time in a different district, and this time he was victorious. Pacquiao sought a seat in the Philippine Senate in 2016, after having achieved a great deal of success in the realm of Philippine politics. He was successful in his bid for election and maintains a close relationship with the political process in his native country.

In addition to his successful careers in sports and politics, Manny Pacquiao has also had a prosperous career in the entertainment sector. His most recent film, “Pacquiao,” was released in 2015. His roles have been almost exclusively confined to those in Filipino films, however, he did guest star on an episode of Tosh.0 at one point. There have been whispers about the possibility of an appearance in Hollywood films as well.

In 1999, Manny wed Jinkee, who would later become his wife. They are parents of five children as a couple. Their daughter Mary Divine Grace is a well-known figure on YouTube in their home country of the Philippines. They have two boys, one of whom is a rapper and the other of whom is an amateur boxer.

Boxer, actor, singer, and endorser Manny Pacquiao is also a politician in his home country of the Philippines. At the time that this article was written, Manny Pacquiao’s net worth was estimated to be $220 million. Manny Pacquiao is a prominent player in Philippine politics, having served for a considerable amount of time as a Senator of that country. Pacquiao is widely regarded as one of the greatest “pounds for pound” boxers of all time in a variety of different sporting circles.

He is the only professional boxer to have ever been awarded the title of world champion in all eight weight divisions, and he has won linear championships in five separate weight divisions. Pacquiao has established himself as a successful businessman in addition to his vocations as an athlete and politician. He has been involved in a variety of different business endeavors.

The battle that took place in May 2015 between Manny Pacquiao and his long-time adversary Floyd Mayweather was both the most important and lucrative in Manny’s career. After everything was said and done, Manny Pacquiao ended up making $130 million from the fight. This figure includes the guaranteed purse as well as the pay-per-view bonus profits. Fights and endorsements have brought him at least $500 million in revenue for him throughout the course of his career.

In 2009, Manny and Jinkee purchased a property in the Hancock Park neighborhood of Los Angeles for the price of $2 million. The house, which had been built the year before they moved there, had been placed on the market intermittently throughout the years in an effort to find a buyer. They placed the home on the market in November 2021 with an asking price of $4.5 million. 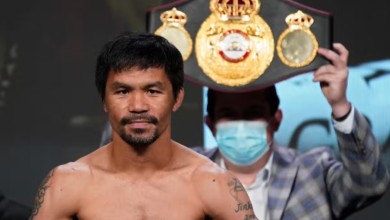 Boxer Manny Pacquiao Running for President of the Philippines in 2022 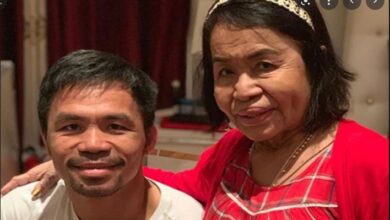 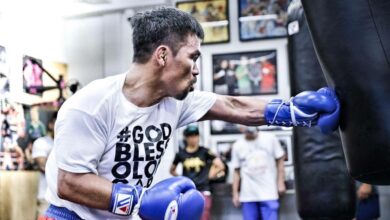