Amir Khan posed the question to WBN of whether ring legend Manny Pacquiao will ever fight again. Well, the Briton got his answer in double-quick time.

Sean Gibbons, Pacquiao’s advisor and head of MP Promotions, told Khan in no uncertain terms that the Filipino is fighting for his country right now.

Pacquiao is helping in any way he can as the coronavirus continues to affect most nations in the world. In his capacity as Senator, Pacquiao is currently doing his duty.

In his response, Gibbons did add that Pacquiao will certainly be back in action once the crisis is over.

“He is fighting the COVID-19 in the Philippines for the lives of his Countrymen, women, and children.

“After that, he has a lot of boxing left,” he added.

Khan had asked whether Pacquiao will still have the fire burning to return when approaching 42 at the end of this year.

“Yeah, for Manny Pacquiao it’s a long time to be out of the ring,” Khan exclusively told World Boxing News.

“I’m sure he knows what he is doing. “Manny is a great champion, a great fighter and a friend of mine as well. Even though we tried to get a fight on, at the end of the day it’s a business.

“But I think it’s a very long time to be out, especially at his age. At 41 or 42, your body is not going to recover as quickly as it normally does. Even when you are trying to get back into shape again.

“Your body is not going to get in peak shape as quickly as it once did. Even if you train as you normally do.

“It could be a long time. Is he going to come back, we don’t know now. I know he has a lot of options out there. “Who knows?”

Khan himself has been delivering food packages in his ancestral homeland of Pakistan. Between 5,000 and 10,000 are expected to be given to the needy during this unprecedented time.

Both Pacquiao and Khan, former Los Angeles training partners at the Wild Card Gym, have a long history of charity work.

Whether a clash can happen between the two in 2021 is still to be addressed but seemingly never off the menu. 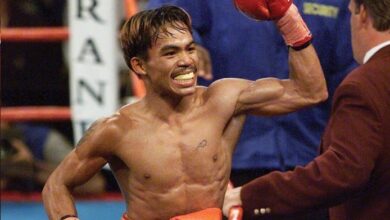 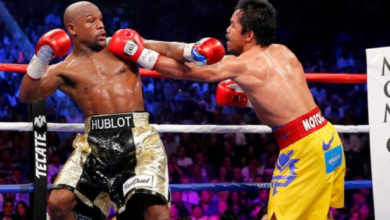 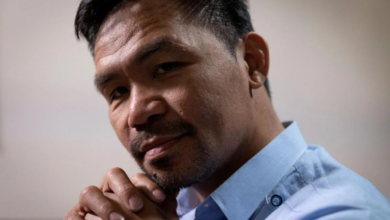