Mike Tyson has overtaken Floyd Mayweather as the most talked-about boxer in the sport today. All thanks to an incident on a passenger plane.

Initially, Tyson raised eyebrows in 2020 by announcing his decision to return to the ring at the ripe old age of 54.

And like a Bernie Sanders meme, ‘The Baddest Man on the Planet’ is suddenly everywhere.

Through his fights, podcast, and Instagram videos, the world can again enjoy the vicious nature that had everyone on the edge of their seats during the 1980s.

Tyson first came to attention when he linked up with legendary boxing connaisseur Cus D’Amato. The Catskill local media soon picked up on a young tearaway built like a tank residing with D’Amato and his family.

Teddy Atlas used D’Amato’s techniques to install confidence in Tyson like no other.

After claiming a Junior Olympic knockout record in seconds, Tyson embarked on the fastest route to a world heavyweight title ever known.

Between March 1985 and November 1986, Tyson fought 27 times, scoring 15 first-round knockouts into the bargain.

During the process, Tyson became the biggest name in sports.

A spell in prison stemming from a lifestyle that contributed to a spectacular fall from grace against James ‘Buster’ Douglas, Tyson remained on everyone’s lips until his release.

Knowing full well he wasn’t the power he was in the mid-1980s for many reasons, Tyson did know one thing; he was still Mike Tyson.

Pay Per View records could still fall. And boy did they.

It wasn’t until a defeat to Evander Holyfield and a subsequent rematch bite also heard worldwide that Tyson’s star began to wane.

A second loss to Lennox Lewis saw Tyson lose his top-draw reputation. He carried on far too long and ended up having to explain how also-ran heavyweights Danny Williams and Kevin McBride knocked him out.

In true Tyson-style, the New Yorker put it all down to his outside-of-the-ring activities. He carried around a fake penis to conceal his drug testing was just another crazy story to add into the mix.

Those things are why the sport and broader celebrity audience find the man so intriguing. He’s still a breath of fresh air to this day.

From the early 2000s to the last couple of years, though, it was no secret that Mike found things more difficult.

Ballooning in weight on either side of appearances in The Hangover movie franchise to the family tragedy of losing a child, Tyson was never far away from the new internet media pages.

Only recently, though, through his cannabis venture, HotBoxin’ Podcast, and being linked to facing talentless YouTubers has “Kid Dynamite” gained a younger following.

It’s a situation that was a significant factor in Tyson making his comeback. He wanted to allow the social media generation to see him fight.

THE RETURN OF THE BADDEST MAN

Nowadays, Mike Tyson has his fingers in every pie. There’s a solid argument that Tyson has tops Floyd Mayweather as the most written about boxing personality.

A particular run-in on an airline catapulted Mike Tyson to the top of the Google rankings for the past twelve months. An unprecedented move for a fighter in his fifties.

Tyson somehow reinvented himself without any fundamental reinvention. He hasn’t changed. He’s just being Mike.

But for most of us and an entirely fresh set of eyes and ears, that will always be enough. 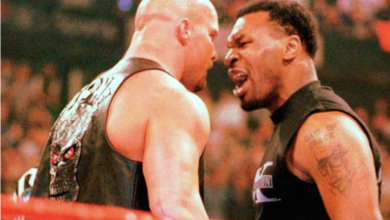 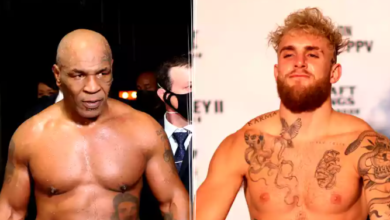 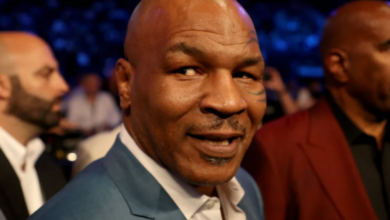