After being allowed into their halls of residence, Anthony Joshua was caught on camera issuing a warning to a group of terrified university students. The students had booed the former heavyweight champion for not wanting to fight Tyson Fury in a mouth-watering all-British fight.

Despite the money and interest that would inevitably be on offer, AJ and Fury have yet to enter the ring.

After the former’s loss to Oleksandr Usyk and the latter’s retirement announcement after defeating Dillian Whyte, the fight has become even more of a long shot, and Joshua’s frustration may be showing.

Students allegedly teased the 32-year-old about his fear of fighting Fury, who is undefeated in 33 professional fights.

The towering Joshua was seen in eye-opening footage delivering stern words to the students, who were stunned into silence. “Remember you’re running your mouth because none of you will like it when I start cracking your glass jaws,” he warned.

“When your jaws start breaking and people start chasing you out of this uni, none of you will like it. Watch your mouths because you don’t know who you’re talking to sometimes. All that public eye b*******, I ain’t into all that.”

Joshua attends Loughborough University, where, according to a witness, he: “They didn’t expect him to retaliate, and I don’t think they’ll do something like that again. But why would you go after one of the world’s toughest men?”

“I think he’s absolutely right. I think that there’s kids in this society who think they can say things on social media, run around precisely what they want and they can replicate it in society,” he said.

I actually make him right @anthonyjoshua … kids/people these days think they can say and do as they want!

Saying what they want on social media,believing they can do the same in society like running on football pitches .

They got a touch of reality do them some bloody good https://t.co/8B6PmNE3bY

“That’s why you’ve got these silly sods running on football pitches and young kids hanging on crossbars breaking football goals – because they think they can do.

“Anthony Joshua gave them a life lesson. He told these kids you can’t say what you want to say to people. You can’t just say these things and not be accountable for it. 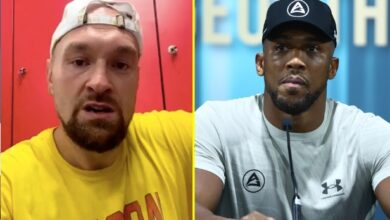 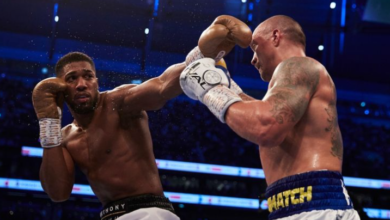 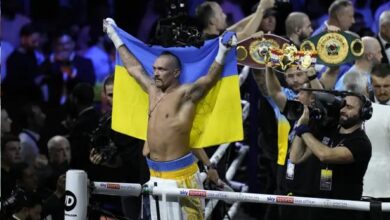