Frank Bruno has claimed Anthony Joshua has more chance of winning the Olympics than beating rival Tyson Fury.
A fight between Joshua and Fury has been long mooted but never agreed due to a number of stumbling blocks. Last summer it appeared the bout was set to finally take place, but the Manchester native was instead ordered to fight Deontay Wilder for a third time.

And in the meantime, Joshua lost his unified WBA, WBO and IBF world titles to Oleksandr Usyk in a mandatory defence, scuppering plans for the undisputed fight. Instead, Fury made a homecoming against Dillian Whyte last month, and has now declared that he is retired from the sport.

And Bruno believes that while Joshua has the opportunity to beat Usyk in their July rematch, that Fury is the best of the three and would “do a number” on the current champion. Speaking with IFL TV, he said: “I think he can [beat Usyk] if he keeps everything together.

But when it comes to Fury, Bruno sees it as just a money fight, which Fury would handily win. Joshua has already been beaten twice in his career, once being stopped by Andy Ruiz Jr and then dominated over twelve rounds by Usyk, while Fury has never lost as a professional.

“It would make a lot of money,” Bruno said of a Joshua and Fury fight. “Money talks and bulls* always walks in boxing and it’s a big fight. Tyson puts a lot verbally on the table and Anthony Joshua hasn’t got jack s* at the moment so he’s desperate.

“He wants to get some belts back, he wants to beat him, but I think he’s got more chance of winning in the next Olympics than he has of beating Tyson Fury.”
Bruno himself had some memorable nights against a Tyson of his own, twice facing the great Mike Tyson for the world heavyweight championship during his career. He first took on the American for the undisputed title as a challenger in 1989, before facing him as champion in a 1995 rematch, losing both by stoppage.

Fury has declared that he is retired from boxing after his latest title defence against Whyte, although there is a feeling that he could make a U-turn. This would likely be expedited by a Joshua win in the Usyk rematch, given the fierce rivalry between the two Brits. 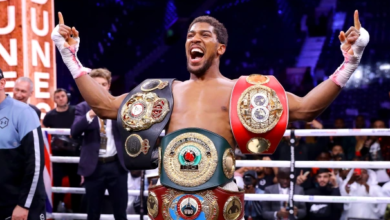 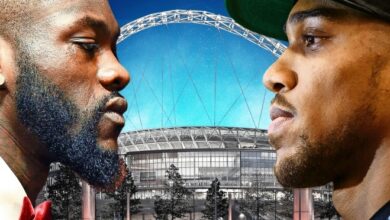 Deontay Wilder up for super-fight with Anthony Joshua in front of 80,000 fans at Wembley next year 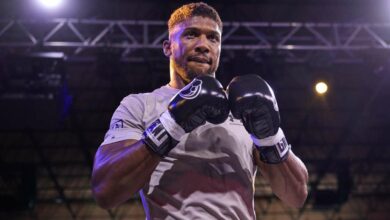 ANTHONY JOSHUA SHARES HIS EXPERIENCES OF DEALING WITH MENTAL HEALTH