Legendary boxer Mike Tyson doesn’t seem overly keen on becoming the one to broker peace talks between the Ukraine and Russia.

Former world heavyweight champion Tyson was appearing on controversial American radio host Alex Jones’ show when he was asked about the possibility, with Jones comparing him to Dennis Rodman. Basketball star Rodman infamously went to North Korea to meet with leader Kim-Jong Un, which Jones believed was the catalyst for easing tensions between them and the United States.

And he feels that Tyson could do something similar given his celebrity and legend as a fighter if he were to meet with Vladimir Putin or Volodymyr Zelensky. Jones and Tyson smoked what they called “magic tobacco” while doing their interview, which touched on a wide range of topics.

“I think it started out as a war for finance,” Tyson said of the dispute. “And so many of us got involved because of the humanity of it. It became a war of humanity because so many people got involved, so many countries got involved, and now Russia’s really losing from a public opinion perspective.

Mike Tyson doesn’t want to get too involved in the war between Russia and Ukraine ( Image: USA TODAY Sports)

“That’s worse than being hit by a nuclear bomb, so to speak, at least you’re dead with a nuclear bomb but you’ve got to live with this crap.”

When Jones suggested that he could use his considerable clout built up over a legendary career to help with talks similarly to Rodman, Tyson trailed off. The boxer is one of the most respected and feared athletes in history, but tends to steer clear of politics on his podcast Hot Boxin’.

“That’s what I tell my kids, how are you right if you save that bird right now? Now the hawk is going to die, his baby’s gonna die, something’s going to die.” 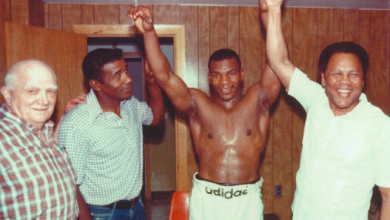 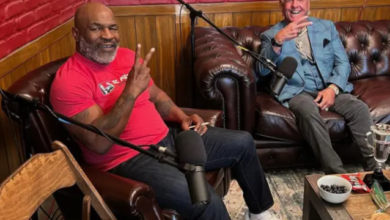 Inside the booming cannabis partnership between Mike Tyson and Ric Flair