The daughter of boxing icon Muhammad Ali has paid moving tribute to her father on the sixth anniversary of his death.

Jamillah Ali, 52, said the ring legend had left a “very important print on the world”, adding that we all carry a little of his spirit with us

The three-times world heavyweight champ, who had Parkinson’s Disease, died at 74 from a respiratory illness.

Jamillah said her father was a humanitarian fighting for world peace.

She added: “He stood up for what he believed in. He didn’t go to war.

“He was not anti-American he was for freedom and for people who fight for their freedom and rights. So we realised our dad was on a higher scale. He’s had a very important print on us and the world because of his values and the principles he stood for – loving, caring respect, giving.

“All of us have an Ali in us, we can show that through our actions and our words.”

Jamillah, who lives in Chicago with her lawyer husband and their three children, also told of her dad’s love of Elvis Presley ahead of the Baz Luhrmann film out later this month. She said: “When he (Ali) saw Elvis on TV he said ‘Wow, who is this guy? I want to be the Elvis of boxing’.

When they met they connected immediately. Elvis gave my dad a custom-made robe with jewels in it. He made it especially for him. He wore it at one of the fights. It was a beautiful white robe with jewels on it similar to the outfits that Elvis used to wear on stage.

“My dad gave Elvis a pair of boxing gloves and he signed them ‘You are the greatest’ back in 1973.”

Nicknamed The Greatest, Ali won 56 of his 61 fights.

Considered by many the best boxer of all time, he refused to be drafted for Vietnam because of his religious beliefs and opposition to the war.

The champion with his daughters ( Image: Mirrorpix)

He also was a leading figure in the civil rights movement.

Ali married four times and had nine children. Jamillah is the daughter of second wife Belinda Boyd, whom he wed in 1967. They had three other children – Maryum, Jamillah’s twin Rasheeda and Muhammad Ali Jr – before they divorced in 1976.

Speaking in the past about having Ali as a dad, Jamillah said he did his best to connect with his children and would invite them all to visit him together at his Los Angeles mansion.

A 1973 photograph of Elvis Presley and Muhammad Ali and signed by Ali on display at Julien’s Auctions in Beverly Hills in 2012 ( Image: AFP via Getty Images)

She added: “We loved spending summers there because his goal was to get all of us together.

“We all had different mothers. He wanted us to all get to know each other because we lived in different states.

“He used to have this Rolls Royce. He would pack all of us in drive around with the top down.

“We would drive to this restaurant and get a big booth and all of us would spend quality time with our dad.” 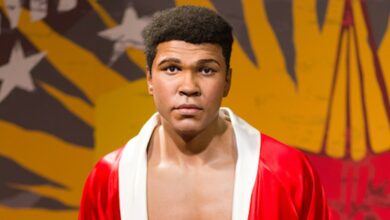 Andy Murray: “I admire the story of Muhammad Ali” 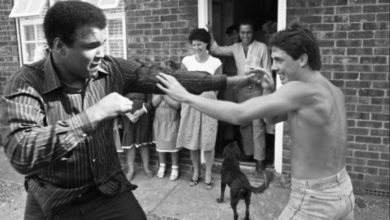 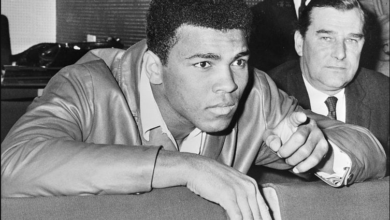 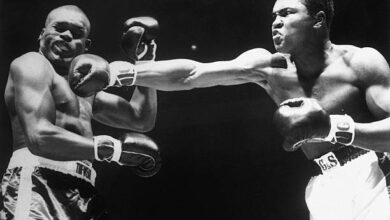