Boxing has many problems.

From allowing alleged crime lords to do big-fight deals, to alphabet spaghetti when it comes to the amount of world titles, to promoter politics ruining big match ups and the awful scoring of fights.

Then there’s the danger which the sport brings and the lack of after care for fighters who are left with dementia or worse from their time in the ring. But yet here it is hell bent on sullying its reputation even further by chasing Saudi Arabia money yet again – with Anthony Joshua’s rematch against Oleksandr Usyk reportedly scheduled to take place in the Jeddah Super Dome.

This time the finger of blame is being pointed at Usyk’s team. Apparently, they’re the ones driving the rematch with Joshua towards the Middle East country because of the money on offer there.

But Joshua himself has already taken the dough from Saudi when he faced Andy Ruiz Jnr there back in December 2019.

Tyson Fury was desperate for it, too, just over a year ago when talks of an undisputed clash with his British rival were nearing a conclusion. He’s competed in WWE in Riyadh, too.

There are eye-watering sums on offer over there and it may be rich to ask a sport with such a demonstrably poor moral compass to worry about human rights violations, barbaric death penalties and a war on Yemen.

The defences which have been thrown out before remain, even if they are getting tiresome.

Does boxing have a soul? Let us know what you think in the comments section.

Why should any boxer who is risking his life in the ring take less money when more is on offer? Far cop. Why should boxing turn its nose up at a country which is ploughing money into other sports? Fair enough. Why should the big business of pay-per-view punch ups be held to a loftier standard than the other companies and governments who invest and form partnerships in the country? Can’t argue with that.

But then there’s the riposte to all those questions.

How much money is enough? Why should boxing just follow what others do? And integrity should count for something over just purely chasing cash? Usyk has the right to demand a location where the highest purse is on offer. Joshua won’t say no, either.

But even taking out all that is wrong with going to a country which Amnesty International claims is using boxing as sportswashing, what about the fans? What about the 60,000 who watched the pair’s first meeting back in September at Tottenham Hotspur?

What about the British boxing diehards who would one day love to see WBC champion Tyson Fury take on the winner on these shores for the undisputed heavyweight crown? Surely they deserve to see the biggest fights in places they want to visit.

Boxing has many problems. This is one it could easily sort out. 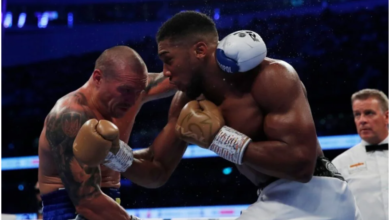 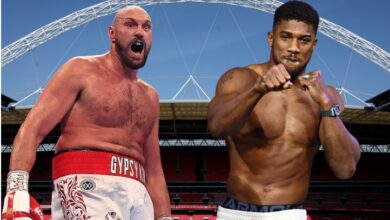 Tyson Fury stunned by Simon Jordan’s claim that Anthony Joshua is a better fighter than Deontay Wilder, as he makes KO prediction 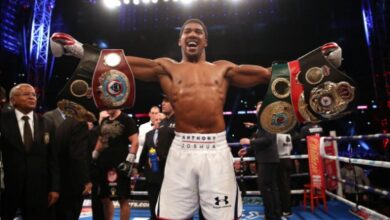 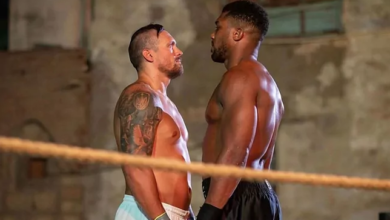