Muhammad Ali is often considered the greatest heavyweight boxer of all-time, but the legend himself once debated whether he would have been able to withstand Mike Tyson’s power.

Back in 1989 on the Arsenio Hall show, both Ali and Tyson – along with Sugar Ray Leonard – shared the sofa with the late night host and the question was asked: Who would have won if they fought each other in their primes?

“I was the dancing master and I wasn’t that powerful,” Ali began. “But I was so fast. If he hit me… [falls asleep]. [But] that’s if he catches me.”

Tyson, who has always maintained Ali is a hero of his, stayed humble and gave all praise to ‘The Greatest’.

‘Iron Mike’ asserted: “I’m vain [laughs], I know I’m great, but can I tell you something? In this situation, every head must bow, every tongue must confess: This [Ali] is the greatest of all time.

“He can be modest, humble and nice, but this man is a great,” Ali replied. “I don’t know what would have happened if he hit me.”

Despite praising Tyson’s power twice, he insisted that Ali had actually dealt with punchers even more powerful than him during his peak.

Tyson said this at a time where he was considered the ‘Baddest Man on the Planet’.

“Ya know, I don’t believe that,” Tyson said of Ali’s comments. “The champ [Ali] is very modest because I’ve seen him in the ring with killers.

“Like [George] Foreman, [Ernie] Shavers, [they] hit much harder than I. He takes these guys’ greatest punches and that’s what made him such a champion.

“Even though I heard him say he didn’t believe me, he wants to believe me because watching Ali gave me a great deal of confidence and deep down inner belief that no man can beat me, from listening to him for all those years since I was a little boy.

“Every prediction he made came true. He used to take his character and use it to reflect against his opponents and he made them believe that he was invincible,” Tyson said to a big applause.

Ali, always one to have the last word, added: “It’s very nice of him to pay a good compliment, but the man is a great.”

Both fighters will always be cited as all-time great heavyweights.

Ali’s charisma and trash-talk changed the face of promoting, not just boxing but all combats sports.

Tyson’s wrecking ball style became a box office sensation and he was the most famous man in the world by 1990.

At the time of this interview in 1989, Tyson was the undisputed champion of the world and the youngest heavyweight champion in history.

Ali had his last fight of a glittering career by 1981, but the late icon was nicknamed ‘The Greatest’ for a reason. 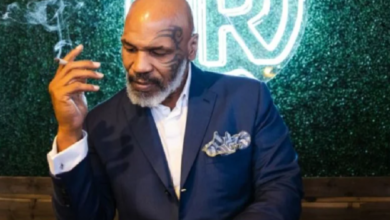 DEATH QUOTE SHOWS MIKE TYSON IS MELLOWING OUT AFTER COMEBACK 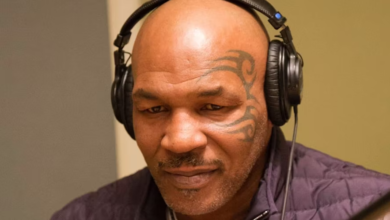 This Is How Much Mike Tyson Could Have Been Worth