The Filipino boxing legend quit the sport last year to focus on his run for president in his home country of the Philippines.

However, he has not emerged victorious in the election and it is now unclear what his next move will be.

Khan announced his own retirement last week and has revealed that members of Pacquiao’s team contacted him after seeing the news.

The pair were linked together for a potential fight for several years, thought it never came to fruition despite talks being held on numerous occasions.

“Manny’s like a friend,” Khan told reporters on Monday.

“Obviously I think he lost the elections, he won’t be too happy.

“It’s funny because when I called it a day from the sport, I got a couple of phone calls from Manny’s team saying, ‘Are you really retiring?’

“There’s a time when you always think the fight’s gonna happen.

“I don’t think that fight was ever gonna happen.

“I don’t know why they kept saying, ‘We’ll take that fight.’ It never happened.

“I think that now that I’m retiring they’ve said, ‘Are you really retiring?’

“It was a shock to them because they thought Manny might be able to take that fight.

“Now that Manny has spent all this money on the elections, I think Manny will fight, but I don’t think it will be me.

“I’d rather give that a miss.” 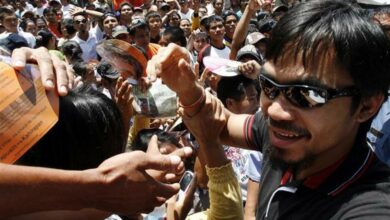 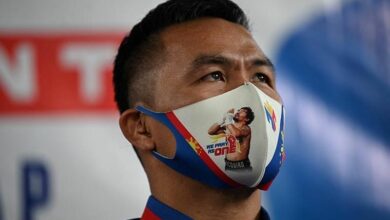 The tale of the tape: Pacquiao’s fight to be president 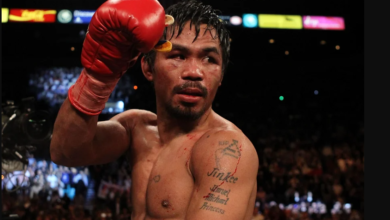