50 years ago, the “Fight of the Century” took place between boxing legends Muhammad Ali and Joe Frazier. A new statue ensures the two will continue to live on in the hearts and minds of all who see it.

The two famous boxers are captured in the bronze statue that falls in the weight class of over 1,600 pounds and stands nine feet tall. It was revealed earlier this week in Philadelphia. A planned sports museum in Pennsylvania will display the prized art that was designed by artist Ernel Martinez.

The statue includes the presentation of a plaque that gives the official information of the fight. It details how the two undefeated heavyweight boxing champions went head-to-head at Madison Square Garden in New York City on March 8, 1971.

The plaque reads that “two undefeated boxing Heavyweight Champions fought before the entire world for 15 rounds of gruesome combat. There has not been a comparable sports contest since this event.” The plaque continues on to describe how Frazier knocked down Ali in Round 15.

Frazier walked away with the precious award and title of officially being the “Best Fighter in the World.”

Muhammad Ali receives the first loss of his career by losing the match against Joe Frazier.

The”Fight of the Century” Is Still Relevant

The civility and respect of both men still receive recognition as important aspects of the legendary event. Honoring those principles is just as necessary now as it was then, especially when it comes to finding common ground.

The plaque reaches its end, and simply, but powerfully reads, “In a time of civil unrest, these two gladiators united the country with their differing, but righteous, principles.”

“In 50 years, it’s still the biggest event that has ever happened in the history of sports,” Frazier’s son Joe Frazier Jr. said in a speech, as reported by PEOPLE. “It transcends all generations.”

“I have two 7-year-olds and an 18-year-old. I’ve watched the fight with them,” continues Frazier Jr. “They love it [and] they don’t know anything about boxing. But they just know what’s happening. They can see the passion.”

Frazier Takes Home This Win, But Ali Strikes Back

Although Frazier took home the win and title during the “Fight of the Century,” the two would face each other again.

Per Ali’s requests, the men stepped back into the ring with each other two more times. Ali took back his winning title from Frazier on January 28, 1974, and won once more on October 1, 1975. However, neither fight was as publicized as the first.

Joe Frazier passed away in 2011 at the age of 67. Like the champion boxer he is, Frazier fought hard and courageously before finally losing his battle with cancer. Muhammad Ali died in 2016 at the age of 74 due to complications with his respiratory system.

The two may have passed, but they will live on forever. The newest statue fights to ensure their lives and their battle at the “Fight of the Century” will never be defeated. 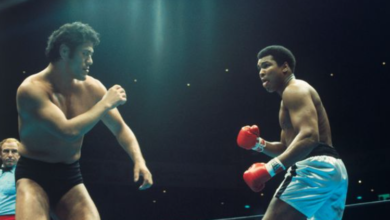 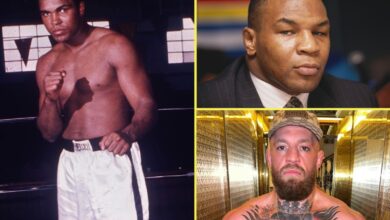 Muhammad Ali was so adored that Conor McGregor and Mike Tyson idolise him, Saddam Hussein negotiated a hostage release with him and the CIA believe Osama bin Laden listened to his inspirational speeches