MANILA — (UPDATED) With his eye on a far more ambitious objective, Manny Pacquiao on Wednesday made it official: He’s done with boxing.

The development came nearly two weeks after he announced he was running for president, a prospect that had loomed for years for the many-time world champion fighter who transitioned into public service starting in 2010 as Sarangani congressman.

“It is difficult for me to accept that my time as a boxer is over. Today, I am announcing my retirement.,” Pacquiao, 42, said in an emotional video posted on his Facebook account.

“I never thought that this day would come,” admitted the “Pacman,” who retires with a record of 62 wins, eight losses, and two draws. Thirty-nine of his victories came by knockout.

“As I hang up my boxing gloves, I would like to thank the whole world, especially the Filipino people, for supporting Manny Pacquiao.”

If that decision holds — un-retiring is not unusual in boxing — it means that his illustrious career in the history of prizefighting has come to a close.

An electrifying figure and a ring dynamo never before seen at his size, Pacquiao leaves his sport with a scroll-like list of accomplishments that assures him many times over of a spot in its Hall of Fame in Canastota.

But his most remarkable feat is this — he transformed himself from a scrawny 112-pound flyweight title-holder into a brawny 154-pound light-middleweight king of the ring to become the only world champion in eight weight classes.

In all, Pacquiao reportedly raked in about $220 million in boxing earnings, regularly making Forbes’ annual list of richest athletes.

Not bad for somebody who worked his way up from a pandesal vendor when he was a young boy and whose family had struggled to get by.

“Who would have thought that Manny Pacquiao will end up with twelve major world titles in eight different weight divisions? Even me, I’m amazed at what I have done,” Pacquiao said.

“Hold the record of being the only boxer to hold world titles in four different decades, and become the oldest fighter to win a world welterweight title? Amazing accomplishment that I never thought I would accomplish,” he added.

On top of that, Pacquiao’s victories ignited a sense of nationalism and unity like the Philippines has never seen. At the peak of his career, the country would stop to watch Pacquiao’s boxing matches, pouring into movie theaters and basketball courts to see the “Pacman” in action.

Pacquiao’s last fight was on August 21, a forgettable outing in which he lost via unanimous decision to replacement fighter Yordenis Ugas of Cuba. He had not fought for more than two years prior, as a pandemic forced world sporting events to be suspended.

In the eyes of many, particularly wife Jinkee and mother Dionisia, that defeat to Ugas was seen as a sign for him to hang up his gloves.

Pacquiao admitted after his loss to Ugas that it may have been the last time that he is seen inside the boxing ring, but it would take more than a month before he officially hung up his gloves — a decision that he said was the “hardest” he had to make.

“But I’m at peace with it,” he said on Twitter.

By making his retirement official, Pacquiao’s message is clear — he wants to focus all his efforts in winning a much loftier prize with more far-reaching stakes: become the leader of a country battered for more than a year now by a killer pandemic.

Pacquiao first threw his hat in the political ring more than a decade ago by serving as a congressman in his home province of Sarangani starting 2010, even while staying active in professional boxing.

He was re-elected three years later before becoming a senator in 2016.

The only boxer to win eight world titles in as many weight classes, Pacquiao is the first fighter to win the lineal championship in 5 different weight divisions.

In July 2019, Pacquiao became the oldest welterweight champion in history at the age of 40 by beating the erstwhile undefeated Keith Thurman for the WBA (Super) welterweight title.

Although previously aligned with President Rodrigo Duterte under the ruling PDP-Laban Party, Pacquiao and his followers, including Senator Aquilino “Koko” Pimentel III, son of one of the party’s founders, have formed their own faction to rival that of Duterte’s.

“I am a fighter and I will always be a fighter inside and outside the ring,” Pacquiao said after accepting nominations from around 20 PDP-Laban chapter leaders last Sept. 19 at their national assembly in Quezon City. 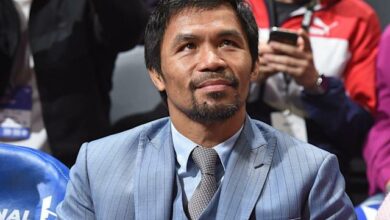 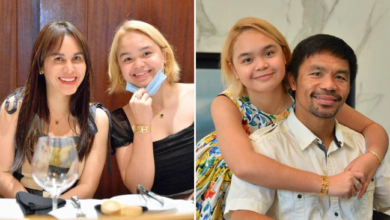 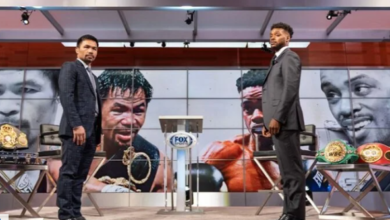 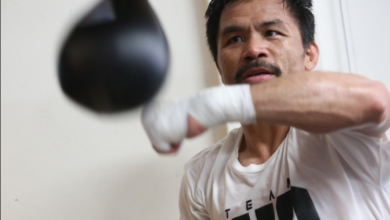 Roach: I Don’t Think Pacquiao Has Anything More To Prove; Wife Doesn’t Want Him To Fight