Mike Tyson was one of the highest-paid athletes in the world. He was the youngest heavyweight boxing champion of the world at the a ge of 20 in 1986. Nicknamed “Iron Mike”, he was the first heavyweight to own all three major boxing belts in 1987 — within a year, he scored the championship titles from World Boxing Council, World Boxing Association championship, and International Boxing Federation.

At that point, he had an estimated net worth of $300 million. But two decades later, he filed for bankruptcy. If it weren’t for his ridiculous purchases, it’s said that he would have been worth $685 million today. But aside from his lavish spending, there’s a deeper reason Tyson ended up with $38.4 million in debt instead. Here’s what he’s said about it.

The Expenses That Led To Mike Tyson’s Bankruptcy

Where do we begin? Well, let’s start with that infamous $2 million golden bathtub he gave his first wife. According to New York Times, at the height of Tyson’s career, he could earn $30 million in one night. However, his “record earnings in the boxing ring became a license to spend — on jewelry, mansions, cars, limousines, cellphones, parties, clothing, motorcycles and Siberian tigers.”

Mordechai Yerushalmi, a jewelry store owner in Las Vegas, said that Tyson had “an open credit” with him. But at one point, the former boxer “picked up a $173,706 gold chain lined with 80 carats in diamonds” from his store and never paid. “Knowing him for so long, I gave him the merchandise and knew he’d pay later,” Yerushalmi said of the incident.

Tyson was also known for his generosity to his employees even though “they don’t give a (expletive) about [him]” and are only “here for the money and to be with Mike Tyson.” He had an on-call animal trainer who was paid $125,000 while his gardeners, cooks, bodyguards, and chauffeurs were paid $100,000. In 1996, there was also “a camp aide named Crocodile – whose sole function was to dress in fatigues and repeatedly shout ‘guerrilla warfare’ at Tyson news conferences.” He was paid $300,000.

Now on his third marriage with Lakiha Spicer, Tyson had two costly divorces with former wives, Robin Givens and Monica Turner. He had to pay Givens $10 million in their divorce settlement while with Turner, he was required to give her $6.5 million and the ownership to his 61-room Connecticut mansion which “was listed for $4,750,000 and boasts 38 bathrooms, an indoor pool, movie theater, working elevator and 3,500-square-foot nightclub.”

The Real Reason Mike Tyson Spent All His Money Away

In an interview with Howard Stern in 2013, ten years after he’d filed for bankruptcy, Tyson opened up about his financial struggles. “Life is pretty awesome. I’m pretty broke,” he said. The host said that “it drove him crazy” when he found out that “The Baddest Man on the Planet” had lost his $400 million wealth — his estimated worth before filing for bankruptcy in 2003. “We go broke because, why? Handling money is an art,” Tyson explained.

He continued, “It’s more than handling money and we never practiced that art before.” The 55-year-old seemed humbled by the experience. “I had everything I ever wanted and I have everything I wanted now,” he said. “Plus, when I had all that money, I was living such a chaotic life. I wasn’t really enjoying myself. It was better if I was even dead at that time.”

During the Las Vegas SALT Conference in 2017, Tyson said he “didn’t think [he’d] make it through [his] thirties” but that it made him realize “it was time to grow up. It was time to be a man. Time to be present in your children’s lives.” He said he was “one of the lucky ones” who managed to get out of that “hellhole” through a “whole deal of rehabs and institutions.”

Tyson’s net worth is now down to $3 million as of October 2021. It’s a lot smaller than the $700 million which he earned in total from his fights alone. But he continues to make money these days by charging $75,000 for two-hour public appearances and making $500,000 per month from his cannabis plantation called the “Tyson Ranch”

The fam would have a “Tyson Cultivation School” where marijuana growers would teach “the latest and greatest ways to perfect their own strains,” according to The Blast. Tyson has also trademarked “Iron Mike Genetics” which is said to be a facility dedicated to “improve the medical research and treatment of the plant.” Quite a good comeback, right? 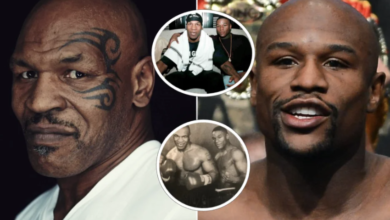 Mike Tyson vs Floyd Mayweather: Why do they hate each other? Inside their 22-year feud 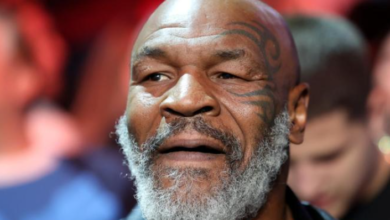 Mike Tyson opens up on punching airplane passenger: ‘He was f—ing with me’ 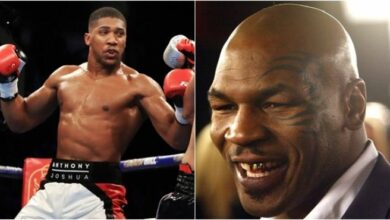