The Undertaker has been outspoken in his belief that there needs more grit in wrestlers and wrestling in general.

The “Deadman” was a part of WWE & Mattel’s panel at San Diego Comic-Con this weekend and was asked about the possibility of WWE programming returning to a TV-14 rating. While there is no defined date to shift the product’s content rating, rumors are that a change in programming could be coming soon.

“I think it’s a good move,” Taker began, “with their main demographic being 18-34-year-old males.” The WWE Hall of Famer believes that “the way that WWE will do it, it’ll mean much more” and that it won’t mean someone backstage saying, “‘ok, we’re gonna use a cuss word because it’s gonna get a cheap pop,’” a philosophy that Taker described with an “eh, ok, whatever.”

“WWE is smart,” Undertaker continued, believing it could be “a chance to touch that Attitude Era.” Even though the Attitude Era “was out of control,” Undertaker described it as “such great, great TV.”

“We are finally starting to get a talent roster now that’s getting seasoned,” Taker said, sitting alongside current superstars Cody Rhodes & Zelina Vega. Undertaker believes the talent knows “how to use those kinds of tools that come with TV-14.”

Undertaker’s energy picked up during the answer, saying the idea excited him. “I think it’s going to take the handcuffs off a lot of people,” Undertaker continued, “and let them be their real selves. I’m excited. I think it’ll be nothing but positive.”

WWE has been a TV-PG program since 2008, much to the chagrin of older fans. Undertaker recently chastised the product, saying, “I feel like there is a level of grit that is missing from today’s product,” citing that many of his contemporaries have “aged out” of the business. 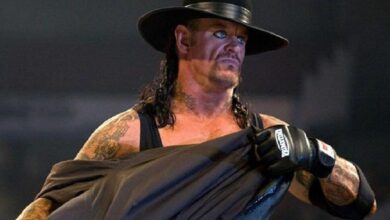 The Undertaker reveals who his favorite current WWE Superstar is 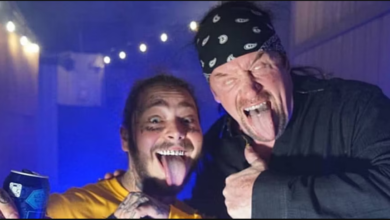 The Undertaker Reveals Post Malone Is A Huge Wrestling Geek 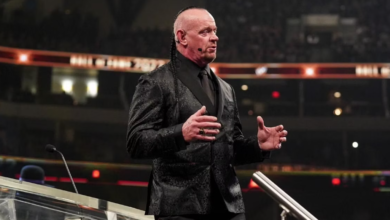